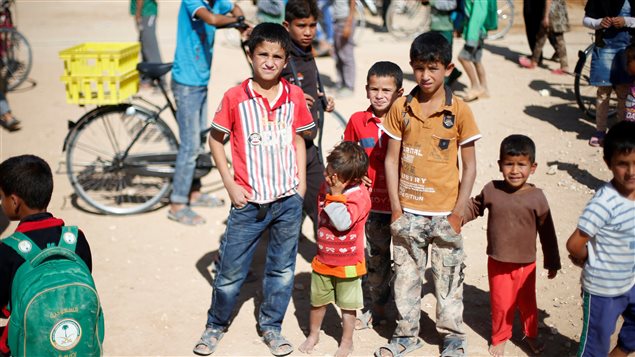 The funding will support the activities of humanitarian NGOs and United Nations agencies working to deliver basic services – food, shelter, health care, water, sanitation and hygiene, and protection – to millions of refugees and internally displaced people in the war-torn region.

“Millions of people displaced by the conflict in Syria and Iraq still need ‎our help,” Bibeau said in a statement. “Some are returning home to devastated cities and villages. Many more struggle with basic needs in host communities across the Middle East.”

Canada’s announcement “will go a long way to meeting the needs of these children, many of whom have known nothing but war in their lifetimes,” he added.

“We commend Canada on this important contribution and look forward to the government’s continued humanitarian leadership, which, as Minister Bibeau saw last week while visiting UNICEF projects in Jordan, is so critical,” said Morley who accompanied Bibeau during her visit to Jordan last week.

“This will not only help us to save lives, but will also ensure we are able to support communities to be more resilient in the face of protracted conflict,” Thomson said.

The $239.5 million in humanitarian funding to NGOs is part of Canada’s response plan to the crises in Iraq and Syria and their impact on Jordan and Lebanon announced by Prime Minister Trudeau in February 2016.

Under the plan announced by Trudeau, Canada committed $1.6 billion over three years, of which $840 million will be in humanitarian assistance.