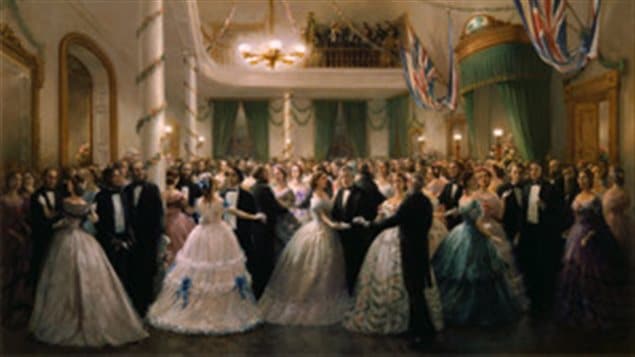 Victoria Day and the ‘Mothers of Confederation’

Victoria Day is the occasion for the holiday many Canadians are enjoying today, at least in central and western Canada.

The Atlantic provinces of Nova Scotia, New Brunswick, Prince Edward Island, and Newfoundland and Labrador do not celebrate.

And, in the French-speaking province of Quebec, today’s holiday is known as the Journée nationale des patriotes.

“I wish I had known about these stories in Grade 10 Canadian History because I probably would have paid more attention.”

This celebration was established in 1845, before Canada existed, to honour Queen Victoria’s birthday, on May 24, 1819.

In this sesquicentennial year, the 150th anniversary of Canadian Confederation, Queen Victoria is remembered as having played a crucial role in the process, and often heralded as the “Mother of Confederation”.

In a 2013 article, Arthur Bousfield describes Victoria’s enthusiastic support for Confederation: “I believe it will make (the provinces) great and prosperous,” he quotes her as telling Sir Charles Tupper, one of the 33 men widely known now as the Fathers of Confederation.

Bousfield described Victoria as keenly aware of Canada as her father, Prince Edward, the Duke of Kent, had spent almost ten years here.

The British royal spent time in the Maritime provinces, in Quebec and as far west as Niagara-on-the-Lake, known as Newark at the time.

But for Moira Dann, a self-described “history nerd” it is the women that caught her attention.

“The dresses at the Drawing Room were much improved; some wore feathers.”

Czech-Canadian painter, Dusan Kadlec, who has a gift for re-creating historic Canadian moments, captured what might have been the glamour of the time.

It was his painting that inspired Dann’s research into the era.

“They are the women who were surrounding the men we call the Fathers at the time of Canada’s birth; that’s why I call them the Mothers of Confederation.”

Our history, as a country is relatively short, and many people consider it boring, but Moira Dann disagrees.

“It is so not boring! The personalities are fascinating and the stories are just wonderful, both the political stories and the personal stories.”

“if you look at the idea of Confederation as a kind of marriage, and it was a popular metaphor back in that time, there were all kinds of marriages back then that helped define society of the day.” Dann explains.

She loves the romantic story of George Brown, who along with his role in politics, established the Globe, which evolved into one of Canada’s current national newspapers.

His life was defined by his work until his forties, when worn out by the negotiating and wrangling politically, he returned to his native Scotland to recuperate in 1862.

While visiting an old schoolmate, he became re-aquainted with his younger sister, Anne Nelson, and a passionate partnership began.

Indeed it is Brown’s letters to Anne, recounting the developments in the lead-up to Confederation, that provide the only record of the events. It had been agreed no minutes would be taken during meetings to allow all the participants to speak their minds frankly.

In a column in the Globe and Mail newspaper in August, 2009, Dann quotes George Brown, in a letter to his wife, on the second anniversary of their engagement:

“I was very much in love – quiet, happy, sensible love – but, oh, dear Anne how infinitely inferior it was to all the confiding, engrossing love of today. …”

Moira Dann says, “I wish I had known about these stories in Grade 10 Canadian History because I probably would have paid more attention.”

Then there’s the interesting character of Frances Monck. She was the sister-in-law of the governor-general at the time.

She confided her impressions of life in the provinces in her diary. Not always complimentary, Monck described the way people danced and what the wives of delegates wore at the Quebec Conference.

“The dresses at the Drawing Room were much improved; some wore feathers.” she observed.

As Moira Dann concludes in her 2009 column, “Examining events from both public and private points of view conjures a more vibrant, 3-D composite image of our past.”

Dann’s book will be available soon.