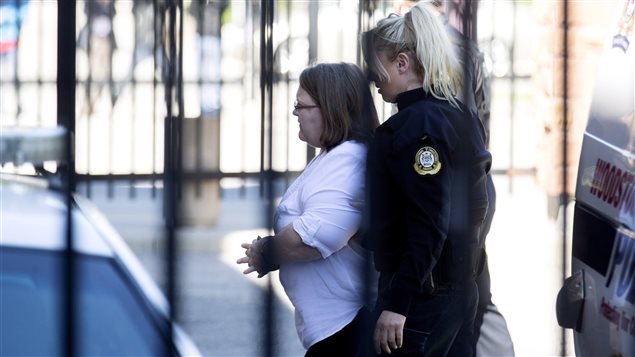 A former Ontario nurse accused of killing eight elderly patients by injecting them with lethal doses of insulin has pleaded guilty to first-degree murder charges in their deaths.

During her court appearance in Woodstock, Ontario, about 140 kilometres southwest of Toronto, Wettlaufer, 49, acknowledged under questioning from the judge that she used insulin in all 14 cases.

“You realize that first-degree murder is punishable with life in prison?” Justice Bruce Thomas asked Wettlaufer.

“Yes, your honour,” she answered.

Wettlaufer confirmed to the judge she was not intoxicated by drugs or alcohol when injecting victims with lethal doses of drugs.

Wettlaufer, who according to her mother has been diagnosed with bipolar disorder, is now receiving treatment.

She worked night shifts with no supervision and had access to plenty of insulin.

“I honestly thought God wanted to use me,” Wettlaufer told police during an almost three-hour taped confession that was played in court.

On the tape, Wettlaufer described how she killed her first victim, James Silcox, while working at the Caressant Care home in Woodstock.

After injecting another of her victims, she got “a laughing feeling,” Wettlaufer told police. She left for on a Caribbean cruise the next day.

Some victims’ family members broke down in the courtroom during the proceedings, others had to leave the courtroom to compose themselves.

Susan Horvath, whose father was killed in 2014, said Wettlaufer was a monster.

“It tore me apart. Tore me apart to hear how she killed my dad,” she said outside court. “And she’s sitting there, no expression on her face.”

Horvath said she could not forgive the former nurse and called for better oversight at the province’s long-term care facilities.

“I don’t want my dad’s death, and everybody’s death, to just be wasted,” she said. “Let’s make a change.”

Under Canada’s Criminal code convictions for first-degree murder carry an automatic life sentence, with no parole eligibility for 25 years.