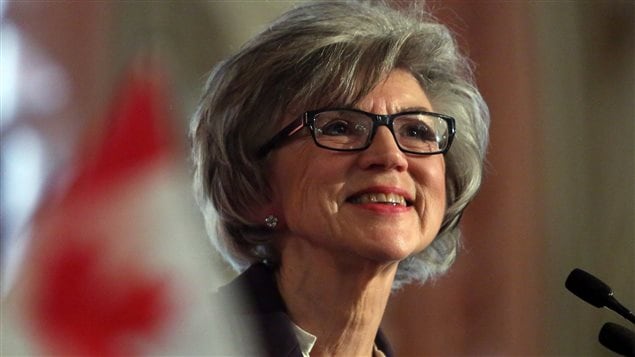 Beverley McLachlin is the longest serving Chief Justice in Canada and the first woman to hold the position.
Photo Credit: PC / PC/Fred Chartrand

Canada’s longest-serving chief justice of the Supreme Court and the first woman to hold the position will retire from the bench on Dec. 15, 2017, the nation’s highest court announced Monday.

In a statement posted on the Supreme Court’s website Beverley McLachlin said she would leave the court after serving for 28 years, including 17 years as the presiding judge.

“It has been a great privilege to serve as a justice of the Court, and later its Chief Justice, for so many years,” McLachlin wrote in a statement. “I have had the good fortune of working with several generations of Canada’s finest judges and best lawyers. I have enjoyed the work and the people I have worked with enormously.”

Prime Minister Justin Trudeau congratulated McLachlin on her coming retirement calling her “a judicial leader and trailblazer” whose “judicial accomplishments are unparalleled in Canadian history.”

Chief Justice Beverley McLachlin’s trailblazing influence on Canadian law will echo for generations – I wish her the best in her retirement.

“After 28 years at the Supreme Court of Canada, her contributions reach into every part of our law,” Trudeau said in a statement. “Canadians owe her an immense debt. On behalf of all Canadians, I thank Chief Justice McLachlin for her long and dedicated service to Canada.”

She became the first woman to hold the top job on the country’s highest court after she was elevated to chief justice by former Prime Minister Jean Chrétien in 2000.