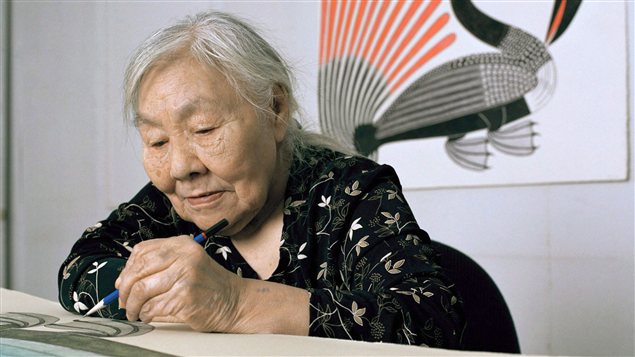 This month to coincide with Canada’s 150th birthday on July 1, we launched a special page featuring our conversations with the printmakers, graphic artists and carvers responsible from some of the most internationally recognized art out of Canada.

You can visit our page The art and artists of Canada’s Arctic over on the Eye on the Arctic web site.

In the lead up to the project over the last month, we’ve been bringing you some of the interviews from our vault.

Today, we bring you our conversation with the late Kenojuak Ashevak.