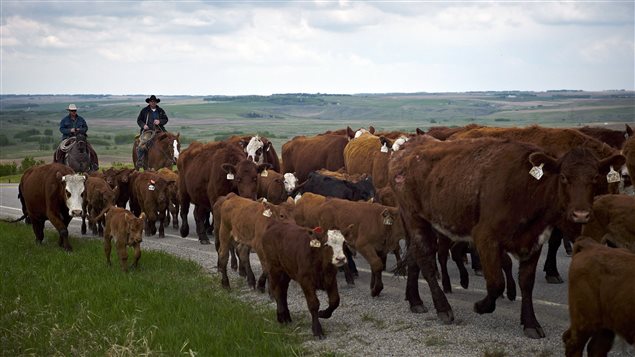 Provincial authorities in Saskatchewan are investigating after about 200 cattle were found dead on a pasture in the southwest of the prairie province over the weekend.

Provincial authorities say the dead cows and calves were on Crown pasture land south of the community of Chaplin, about 150 kilometres of provincial capital Regina.

The pasture is operated by Shamrock Grazing Ltd., a co-operative that leases Crown land from the province and charges ranchers several hundred dollars per head to oversee grazing and water access over the summer.

Soaring temperatures last week may have contributed to evaporation in the pasture’s dugout and a higher concentration of salt in the water.

An estimated 240 surviving cow-calf pairs were immediately moved to a different field in the pasture that has a safe and secure water source, according to The Canadian Press.