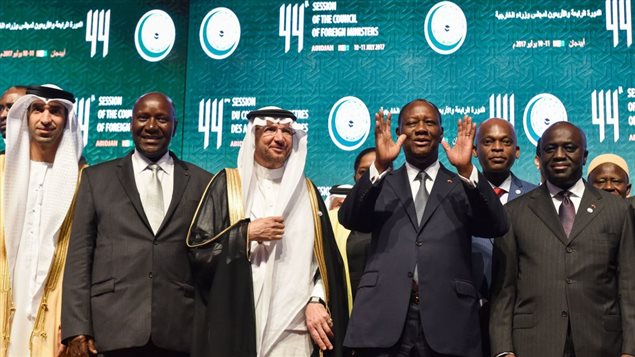 The Liberal government of Prime Minister Justin Trudeau has dispatched Parliamentary Secretary to the Minister of Foreign Affairs Omar Alghabra to attend a meeting of the Organisation of Islamic Cooperation (OIC) in Ivory Coast.

The 44th session of the Council of Foreign Ministers of the 56-member organization of Muslim states is taking place in the Ivorian capital Abidjan today and tomorrow.

Alghabra is expected to meet with a number of heads of delegation from OIC member states to discuss opportunities for strengthening engagement with bilateral partners, and to promote Canada’s approach to a diverse and inclusive society, said Jocelyn Sweet, a spokesperson for Global Affairs Canada.

“Canada has many partners and friends in the Organisation of Islamic Cooperation,” Alghabra said in a statement. “We value these relationships and look forward to discussing ways to strengthen our collaboration and partnership on shared priorities, opportunities and challenges.”

The meeting’s central theme this year is Youth, Peace and Development in a World of Solidarity.

Canada, which is neither a member nor an observer at the organization, attended the OIC Foreign Ministers meeting for the first time in 2013 in Conakry, Guinea, according to Global Affairs Canada. The Conservative government of then Prime Minister Stephen Harper also sent a Canadian delegation to attend the 41st Session of The Council of Foreign Ministers in Jeddah, in Saudi Arabia in 2014, as well as the 42nd Session in Kuwait in 2015.

According to Canada’s 2011 National Household Survey, there were 1,053,945 Muslims in Canada, making up about 3.2 per cent of the population.