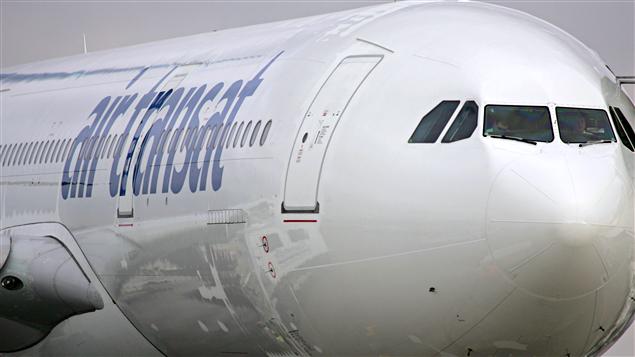 The Canadian Transportation Agency (CTA) today ordered Air Transat to explain the circumstances surrounding a delay of two of the airline's flights, which spent several hours on the tarmac of the Ottawa Macdonald-Cartier International Airport on Monday, July 31, 2017.
Photo Credit: AFP / Joël Saget

The federal government’s transportation regulator has launched an inquiry after two Air Transat flights were diverted from Montreal and spent several hours on the tarmac of the Ottawa Macdonald-Cartier International Airport on Monday.

The Canadian Transportation Agency, an independent, quasi-judicial tribunal and regulator, announced Tuesday that it has ordered the airline “to explain the circumstances surrounding a delay of two of the airline’s flights.”

The CTA says it’s looking into whether the airline “respected its terms and conditions of carriage for international flights (tariff) with respect to the treatment of passengers on the aircraft.”

“This inquiry will determine, based on the evidence and the law, whether the treatment of passengers on the two flights was in line with the airline’s obligations — and if not, what corrective measures should be ordered,” Scott Streiner, chair and CEO of the CTA, said in a statement. “We’ll get it done as quickly as possible, but we’ll take the time required to gather all the facts.”

‘People are just losing their minds’

Air Transat Flight 157 from Brussels with 336 passengers on board was scheduled to arrive in Montreal at 3:15 p.m. ET Monday, but was diverted to Ottawa after circling east of Montreal due to thunderstorms.

The flight landed at the Ottawa airport just after 5 p.m. ET, after more than eight hours of flying time.

It then sat on the tarmac for six hours and passengers weren’t allowed to get off. Laura Mah, who was on board, spoke to CBC News as they waited.

“The plane actually lost power and went zero AC [air conditioning], and then now we’ve got the doors open and one kid is puking, and people are just losing their minds,” she told CBC News.

“They’re just getting mad, saying ‘This is not all right, this is not OK, you can’t do this to us.’ The police are in here and the fire department’s in here and they’re telling us that they can’t do anything, that we just have to stay put.”

One of the passengers eventually called 911, Mah said. Paramedics arrived and the Ottawa International Airport Authority handed out water to the stranded, hot passengers.

Nearly 30 planes with several airlines, including Air Transat, were diverted to Ottawa, creating exceptional traffic there, the company said.

“As a result, Ottawa airport staff were unable to provide with loading bridges or stairs that would have enabled the passengers on the Brussels flight to disembark or our ground crews to replenish the aircraft’s empty drinking water reservoir,” the company said.

Another Air Transat flight, No. 507, from Rome to Montreal, was also diverted to Ottawa due to the weather.

It was scheduled to land in Montreal at 4:50 p.m. ET, but landed in Ottawa at about 6 p.m. ET after nine hours and 45 minutes of flying time.

The delays were caused mainly by congestion on the ramp at Ottawa airport as well as by delays in refuelling its aircraft, Air Transat said.

“The shortage of fuel on TS157 also explains the lack of air conditioning on board for a time,” the company said in its statement.

“We sincerely regret the inconveniences for our passengers caused by this situation that was beyond our control.”

However, the airport authority said there was both a gate and air stairs available, and they were prepared to bring supplies beyond just bottled water to the stranded passengers — but never received clearance from Air Transat.