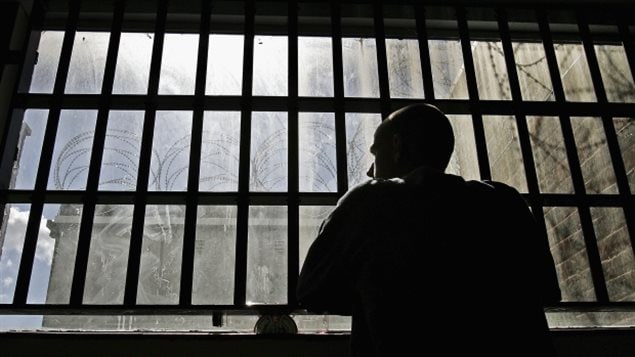 A lawyer for the Canadian Civil Liberties Association called the system of administrative segregation unconstitutional and said a key statute must be rewritten to protect inmates from harm.
Photo Credit: Getty Images / Peter Macdiarmid

Solitary confinement being challenged in court

Solitary confinement is the practice of putting a prisoner in a small cell, alone, for days and nights, with only an hour or two of time outside the cell, daily.

It has been condemned internationally, and the United Nations has banned the practice.

Many western countries do not rely on the practice to control prison populations, but Canada is still using it, and in some very outrageous ways.

That’s being challenged in court this week. On behalf of the Canadian Civil Liverties Association, (CCLA) a team of lawyers is arguing the practice violates prisoner’s rights under the Canadian Charter of Rights and Freedoms.

“limited to 15 days, and never for the mentally ill and those under 21”

Michael Rosenberg is one of those lawyers. He is a partner in the Litigation Group at McCarthy,Tetrault and he’s acting as pro bono council for the CCLA.

He says the case evolved out of Ashley Smith inquest. Ashley Smith was the 19 year-old who managed to strangle herself with a piece of cloth, while under suicide watch, and guards watching her on video terminals.

The CCLA was not satisfied with Correctional Services Canada’s response to the findings of the inquest, in the wake of the teenager’s death Rosenberg says, and has continued to pursue changes in the correctional system.

The inquest resulted in several recommendations in how to improve the correctional system, particularly in regard to solitary confinement.

“One of those recommendations was limiting the use of solitary confinement to hard caps, a hard cap at fifteen days, and another was limiting its use with respect to mentally ill inmates.” Rosenberg says.

These recommendations have not been implemented despite PM Trudeau,calling for them to be implemented by the Justice Minister, Jody Raybould when she accepted the post.

The authorities have argued that it needs the ability to use “administrative segregation” as a population management tool, not for punitive purposes, which does have limits placed on it.

Several medical organizations in Canada have protested the use of solitary confinement, arguing that as little as 48 hours of the experience can cause psychosis, hallucination, anxiety, depression, post-traumatic stress disorder and suicide.

And he says, the international community has spoken.

In Canada, inmates have been put into “administrative segregation” in one case for 138 days “without doing anything” and in another case, 580 straight days in order to protect him from other inmates.

The CCLA wants the practice limited to 15 days, and never for the mentally ill and those under 21.

The lack on independent overview body is another missing element in Canada’s Correctional Service.

“We say that it is constitutionally impermissible to maintain solitary confinement beyond five days without an independent approval,” Rosenberg says.

“Even at five days you’re at a point where the risk of harm is sufficiently significant that you want to have that kind of independent oversight.”

Michael Rosenberg cites the example of the U.K. where they don’t use solitary confinement.

As a result of the work of Professor Andrew Coyle, a former prison warden and leading international prisons expert says the use of isolation is very rare and not as extreme as it is now in Canada.

“He describes 56 prisoners in close supervision centres, out of a prison population of 85,000 prisoners. Rosenberg says of Coyle.