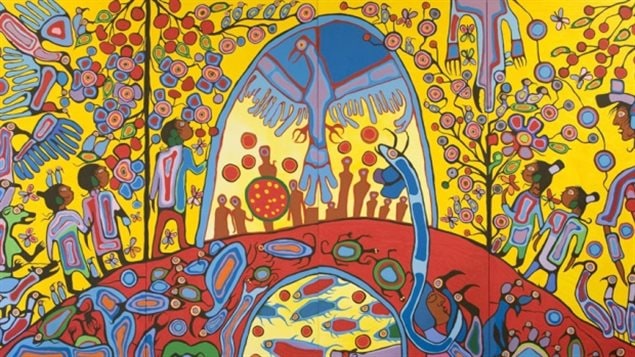 Norval Morrisseau was known in his lifetime, as the 'Picasso of the North.'
Photo Credit: Supplied

One prominent Canadian, Kevin Hearn, of the Canadian band, the Barenaked Ladies, is accusing an art dealer of selling him fake Morrisseau paintings.

According to CBC News, a lawyer in Toronto says an art fraud ring is working out of Thunder Bay, Ontario, and he will prove it in court.

McDermott dropped his lawsuit in the meantime.

Hearn’s case is scheduled to be heard next week, according to his lawyer, Jonathan Sommer.