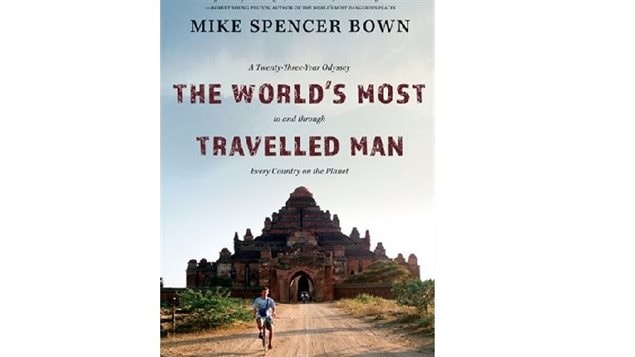 For 23 years he travelled the world with just a backpack and to some of the most remote places on Earth. Mike Spencer Bown’s new book tells some of those adventures.
Photo Credit: Douglas & McIntyre Publishing

Book: The World’s Most travelled Man

Mike Spencer Bown is from Alberta Canada. Even as a young man exploring the wide-open spaces of that prairie province and nearby Rocky Mountains was not enough.

Nor was he one to stay put. He has been an “explorer” if you will for 26 years, a few in the wilderness of Canada at first, but that wasn’t enough either.

He’s been on the road with just a back pack for about 23 of those years. In fact many roads, and many trails, and many places where there are neither and in every country there is.

He’s written a  book, the full title is “The World’s Most Travelled Man: A Twenty-Three-Year Odyssey to and through Every Country on the Planet”

From deserts, to cities, to jungles, to war zones, he’s travelled with his backpack and his wits. Those wits and intuition become finely developed and honed in his travels, necessary to deal with unfriendly arrests by various official authorities and not so official, and with lots of people who didn’t have his best interests at heart.

Still he says he’s not ready to settle down, and while he’s tempted fate many times, and seen many truly amazing places, no one place has yet to make him think it’s time to stay put.

Perhaps there are more truly fascinating books to come.

Oh and though he doesn’t like lists, and in no particular order here is a partial list of some of the highlights of his 23 years on the road