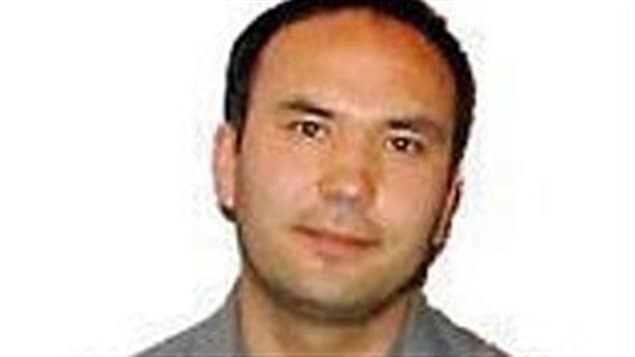 China refuses to recognize Huseyin Celil’s Canadian citizenship and has kept him in prison since 2007.
Photo Credit: Canadian Press/archive/handout photo

A senior Chinese official visiting Canada defended the continuing imprisonment of Huseyin Celil who was arrested 10 years ago while travelling on a Canadian passport, reports the Globe and Mail newspaper.

Amnesty International Canada has long campaigned to have Celil freed saying he never received a fair trial in China. Celil is a member of the minority ethnic Uighur community which China is forcefully repressing. He fled China in the mid-1990s after being imprisoned for supporting the religious and political rights of the Uighur people.

He was recognized by the United Nations as a refugee and he came to Canada with his wife and first child. Two more boys were born and in 2006 when his wife was pregnant they all travelled to visit her family in Uzbekistan. By then, Celil had obtained Canadian citizenship. China pressured Uzbekistan authorities to arrest him and send him to China.

Celil was jailed and sentenced to life in prison. He spent much of his time in solitary confinement and has recently been sent to a typical jail, according to the Chinese official. Since China has always refused to recognize his Canadian citizenship, he has not had access to Canadian consular visits. His sister and mother who live in China have been allowed occasional visits.

The Canadian government has repeatedly raised his case with Chinese officials as have Canadian journalists.

A Chinese delegation came to Ottawa this week led by Zuo Feng, head of the government’s propaganda office.  Zuo chided reporters for what he saw as negative coverage of the situation in Xinjiang, home to the Uighur minority. He also defended the imprisonment of Celil, calling him a separatist. He did however confirm that his life sentence had been reduced to 20 years. That’s not much consolation for Amnesty International Canada which wants him released and returned to his family in Canada.

“Huseyin is just one of hundreds if not thousands of Uighurs that are experiencing systematic repression and abuse on the basis of their identity as Uighurs,” says Gloria Nafziger, a campaigner with Amnesty International Canada. “So Huseyin’s case…is taking place in the context of a much larger abuse of human rights against the Uighur population in China.”

‘Absolutely’ concerned about trade with China

The visit comes at a time when Canada is exploring a free trade agreement with China and it is allowing Chinese interests to buy Canadian companies. Nafziger says Amnesty International is “absolutely” concerned about Canada trading with a country that abuses human rights.

“Canada needs to be raising Huseyin’s case but we need to be keeping our eye on the larger human rights issues that are taking place in China with respect to Uighurs, with respect to other lawyers, activists, people who are standing up for human rights who face unlawful or not-fair trials and incredibly long prison sentences for peaceful human rights activities that would be respected anywhere else, in Canada particularly,” says Nafziger.

“The issue of human rights in China has to be an on-going dialogue and condition of our engagement with China, without a doubt.”