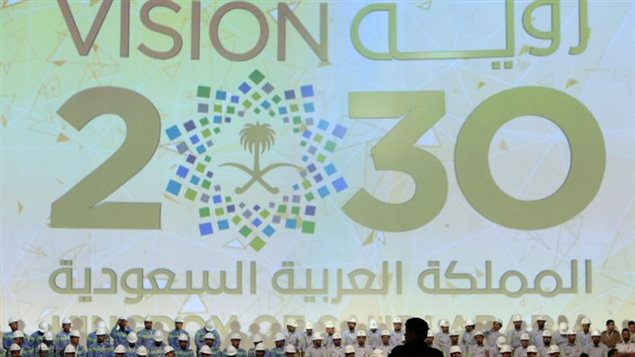 Saudi Arabia's plan for the future under the banner 'Vision 2030' is on a potentially disastrous route now according to many western observers.
Photo Credit: Reuters

It is holding 201 powerful individuals, including 11 princes, captive in luxury hotels, including the Ritz-Calton in Riyadh.

With the blessing of his father, 81-year-old King Salman, the 32 year-old crown prince, known as MBS, took these dramatic steps this week, and it has many observers on edge.

Lebanon’s Prime Minister, Saad al-Hariri is believed to be among the captives, following his announcement of his intention to resign from his position on Saturday, in a speech from Riyadh.

Mohammad bin Salman was appointed by his father in June this year, but he has been courting a higher profile for some time.

The news that the only country in the world where women were banned from driving, was considering a change, came as great news during the summer.

Now, by Royal decree, as of June 2018 Saudi women will not need male permission to take driving lessons, and will be able to drive everywhere.

Bessma Momani applauded these developments, but she is loosing sleep over this recent purge.

Momani is the author of ‘Shifting Geo-Economic Power of the Gulf: Oil, Finance and Institutions’, among other books,

She is a professor in the Political Science Department at the University of Waterloo, and the Balsillie School of International Affairs.

“This crown prince has a lot of ideas about modernising and reforming his society in a way that’s progressive in social values, let’s say; but there are so many challenges with his foreign policy, his frankly brash hunger for regional dominance. that I think should worry us all.” Momani says.

Along with his father, Mohammed bin Salman launched Vision 2030, an ambitious economic programme,18 months ago.

It looks to a modernised Saudi Arabia, no longer dependent on crude oil revenue, and the creation of a new $500 bn mega-city by the Red Sea.

It is a great strategy for capturing the imagination of the very young population of the country at the heart of Islam. Six out of ten Saudis is now under the age of 30.

Many of these young people are applauding the purge, within the country.

Momani says the growing nationalism in Saudi Arabia is a major factor. She says the war in Yemen is very popular.

“On the one hand, the same people who are encouraging him to reform internally, socially, are absolutely thrilled to bits with how great the Saudi army is doing in destroying the so-called rebels and terrorists. It really is a very popular war and it’s coming at the expense of enormous lives being lost in Yemen.”

The privatisation of state-owned Aramco is also one of the pillars of the vision, and Momani says, despite the efforts of both the British and the Americans, the shares made available will be going to China.

In keeping with the goals of diversifying the economy, the plan is to sell about five per cent of the shares in the company, providing much needed cash for the economy, so bruised by the global crash in oil prices.

Part of the rationale behind the plans for the sale was to open the country up to new ways of doing business, and eliminating the nepotism that is so rampant in the country now.

“The challenge here is that Aramco is not going to go on to the New York Stock Exchange and be opened up to private investors, what is going to happen is that the Chinese are going to buy it. because, as MBS has found out, the Chinese won’t ask the kind of questions that either the London Stock Exchange or the New York Stock Exchange would ask about everything from transparency rules, shareholder rules, what are their reserve ratios, all these, not just nationally sensitive issues, but more importantly, transparency issues that I think that the Chinese are not interested in finding out about.”

Meanwhile, Donald Trump was visiting Beijing today, and for the first time ever, an American president in China, did not take questions from the media.

For Bessma Momani however, the more frightening developments occurred this morning when the Saudis demanded that their citizens in Lebanon return home.

Is Lebanon now part of the vision in terms of not only consolidating power within Saudi Arabia, but also within the region is the big question.

“Trying to get into Lebanon, with all the myriad partners and international vested interests, from the Israelis, to the Iranians to the Syrians, to the western world, you are talking about a whole other ball game: Momani says. “I think this brash young prince is in way over his head.”

Momani is stunned at the potential domino effect of trying “to change the calculus” of the Lebanese government in an attempt to oust the tolerated Hezbollah contingent.

As for Canada, what might all these developments mean?

Canadians may become more vocal in their opposition to the contribution of Canadian-built weaponised military vehicles to Saudi Arabia. The result of a 15-year $15 billion dollar deal signed by the previous government in 2014, it was continued with little protest by the current government.

Would the Lebanese-Canadian diaspora need rescuing again, as they did in 2006 during that summer’s Israeli-Lebanese conflict. 15.000 people were airlifted to safety.