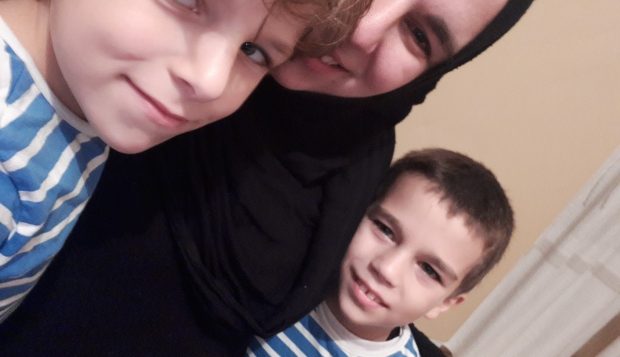 Two Canadians, including a mother of two young boys, held by an al-Qaeda affiliate have been freed from Syria, Canadian officials confirmed Monday.

Jolly Bimbachi and Sean Moore, both from Chatham, Ontario, were being held by al-Qaeda offshoot Hay’at Tahrir al-Sham (HTS) in Syria and were released to Turkish authorities, according to reports by AFP.

The HTS is a Syrian jihadist group and the latest iteration of the al-Nusra Front, which has tried to distance itself from its al-Qaeda roots through a number of name changes and mergers with other Syrian rebel groups. It controls large parts of the northwestern Idlib Province of Syria, near the Turkish border.

“The Government of Canada provided assistance to the Canadians while they were in Syria and will continue to do so. Due to the provisions under the Privacy Act, further details on this case cannot be released.”

Bimbachi’s saga began in 2015, when her then husband took the couple’s two sons, Omar, 9, and Abdel-Ghaniy, 7, to Lebanon for a family trip and never returned. Bimbachi has been fighting to get her sons back ever since.

In November 2017, despite alleged death threats by her husband, Bimbachi flew to Lebanon to be reunited with her children.

According to reports by CBC News, Moore travelled to Lebanon and Jordan at the end of 2017 to help Bimbachi bring the boys back to Chatham, a town located on the shores of Lake Erie in southwestern Ontario about 85 kilometres east of Detroit, Michigan.

However, according to the AFP reporter who spoke with Bimbachi shortly after her release near the Bab al-Hawa border crossing from Syria into Turkey, Bimbachi’s children were not with her and she did not explain their absence.

Bimbachi told AFP her fight to get her children back was taking too long, forcing her to try to smuggle them out of Lebanon through Syria and then Turkey. She said her plan did not work out as intended and she came to Syria on Dec. 31 with Moore.

It’s also not immediately clear how Bimbachi and Moore ended up in northwestern Syria, about 150 kilometres north of the border with Lebanon.

Sahyouni told AFP officials in Idlib province tried for more than 20 days to establish communications with Turkish and Canadian authorities to assure the safe release of Bimbachi and Moore.

No ransom was paid for their release, Sahyouni told AFP.