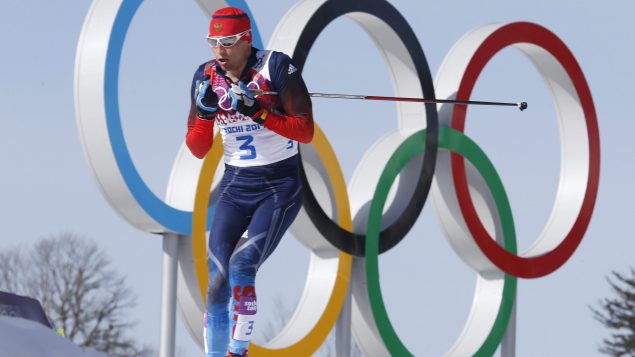 The Court of Arbitration for Sport recently ruled that Russian Alexander Legkov should have his gold medal from the Sochi Olympics reinstated. It had been stripped because of doping allegations. (Dmitry Lovetsky/AP Photo/Feb. 23, 2014)

The twists and turns of the doping scandal involving Russian athletes is “very, very messy” and has caused a lack of confidence in the Olympics on the part of athletes and the public, says Paul Melia, president and CEO of the Canadian Centre for Ethics in Sport.

“It didn’t have to come to this if the IOC (International Olympic Committee) had taken the right action back two years ago. But they didn’t and so they’ve continued to mismanage the situation and we find ourselves in the mess we’re in today on the eve of the games.

Melia says the scandal is an unwanted and unnecessary distraction for Canadian and other clean athletes preparing to compete in Pyeongchang, Korea. He says it sows cynicism among the public who may change their viewing habits and he thinks sponsors should complain because it could affect their interests. 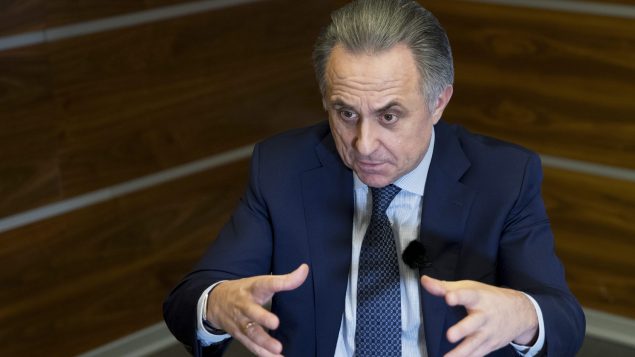 A labyrinth of developments

The latest news is that the IOC rejected a request to invite to the games13 Russian athletes and two supporting staff who were among the 28 whose bans were overturned by the Court of Arbitration for Sport last Thursday.

This all started in 2016 when independent investigator and Canadian lawyer Richard McLaren issued a report which indicated that beyond a reasonable doubt there was a significant state-sponsored doping program in Russia going back as far as 2011 and during the Sochi Olympics.

Based on this the World Anti-Doping Agency urged the IOC to ban Russia from the Rio Summer Games in 2016 which it did not. Instead it called on the international sports federations to deal with the issue.

Finally in December 2017, it imposed a ban but Melia says the IOC created many loopholes which eventually led to the current situation.

To remedy the situation Melia things the IOC needs to do two things: “It probably starts with the IOC following their own Olympic values rather than catering to political and economic interests when they’re confronted with evidence of state-sponsored doping. That’s number one.

“So, going forward, I think they have to follow the code and not make up their own rules as they go along.”

Says Melia , the doping scandal “is certainly going to cast a dark shadow over the games.”