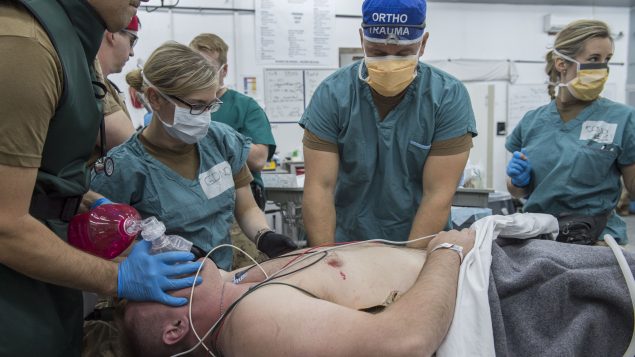 Canadian hospital commander in Iraq charged with drunkenness and mistreatment

The commander of a Canadian military hospital in northern Iraq has been relieved of his duties and is facing disciplinary charges related to a drunken incident during his pre-deployment training, Canadian defence officials said Tuesday.

The charges relate to an incident that is alleged to have occurred in October 2017 during pre-deployment training in Canada but was reported in January 2018, after the deployment to Iraq, the CAF officials said.

“We hold Canadian Armed Forces personnel to a high standard of conduct when representing our country at home and abroad,” Lt.-Gen. Stephen Bowes, Commander Canadian Joint Operations Command, said in a statement.

“We will respect the judicial process thoroughly while ensuring the Canadian-led Role 2 Medical Treatment Facility in Erbil continues to operate effectively.”

Brig.-Gen. Andrew Jayne, Commander of Joint Task Force – Iraq, immediately separated the complainant and Jonasson and relocated him from Erbil to Kuwait pending the results of an investigation.

Jonasson’s second in command has been acting as interim commander of the unit since January 2018 and will continue to do so until a replacement commanding officer is deployed to Iraq, officials said.

The medical treatment facility provides life-saving medical and surgical care to coalition forces and provides both emergency and non-emergency care. The hospital has treated over 1,220 dental and medical patients, including at least three wounded Daesh fighters, officials said.

Canada has led the military hospital since November 2016. About 35 Canadians work at the hospital alongside other coalition medical staff.

The CAF has extended its leadership role in running the facility until Apr. 30, 2018 or “until no longer required.”