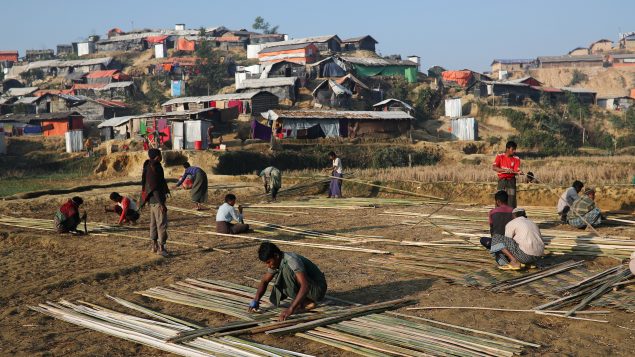 Humanitarian agencies working to help Rohingya refugees in Bangladesh are racing to prepare the impromptu refugee camps that have sprung up along the country’s southeastern border with Myanmar for the arrival of devastating monsoon rains in late May or early June.

The United Nation’s International Organization for Migration estimates that at least 100,000 Rohingya in the community of Cox’s Bazar face life-threatening risks from landslides and floods, and thousands more are at risk of disease and being cut off from assistance.

“With emergency situations inevitable when the rains hit, it is crucial we work together now to limit disaster as much as possible before it occurs,” Manuel Marques Pereira, the IOM Emergency Coordinator in Cox’s Bazar, said in a statement Tuesday.

“We need to be able to respond swiftly and effectively during crisis events.”

‘Not built to withstand heavy downpours’ 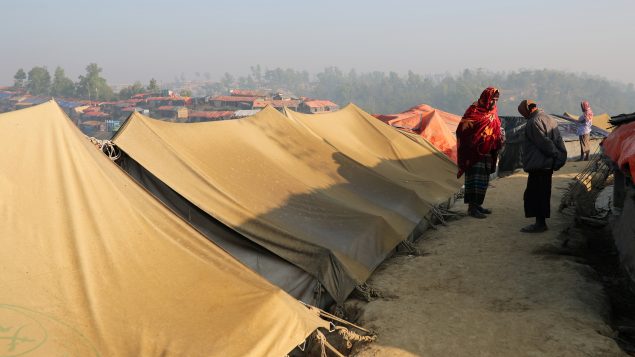 Rohingya refugees are seen at the Jamtoli camp in the morning in Cox’s Bazar, Bangladesh, January 22, 2018. (Mohammad Ponir Hossain/REUTERS)

Zia Choudhury, CARE Bangladesh’s Country Director, said the concentration of refugees in the Cox’s Bazar area is now among the densest in the world.

“The temporary shelters and structures are not built to withstand heavy downpours,” Choudhury said in a statement.

“Our teams have been trainings refugees on key safe construction techniques, information on how to stabilize their tents and have provided building materials such as tools and bamboo.”

UN officials said they are providing search and rescue training, setting up emergency medical centres, establishing bases for work crews and light machinery and upgrading the temporary shelters to mitigate the risk of disasters. 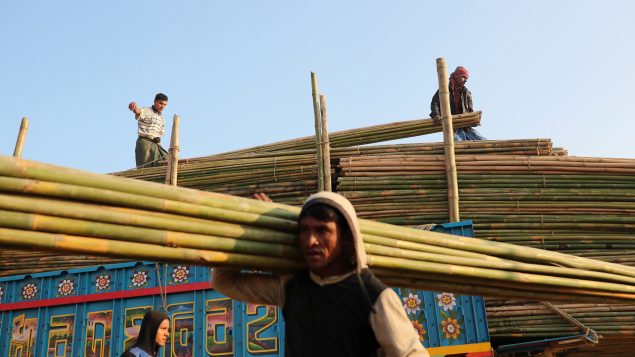 Crews are also working to improve roads and drainage, stabilize slopes to prevent landslides and erosion, and set up early warning systems.

Of particular concern are the communal latrines and bathing places that could be flooded and released over a wide area during the long rainy season that lasts until October.

“We have also started to decommission unusable latrines and are simultaneously building newer and safer ones to reduce the risk of disease outbreaks,” Choudhury added.

In addition, IOM has created disaster risk reduction safety committees to warn refugees of what to expect and how to prepare for the wind and rain that are expected to bring deadly floods and landslides.

The UN agencies and the humanitarian NGOs working with the refugees are even planning to conduct an emergency drill on March 1 to test their response measures.

Since late August 2017, nearly 700,000 members of Myanmar’s minority Muslim Rohingya community have fled the majority Buddhist country following a brutal security crackdown that the UN has called “a textbook example of ethnic cleansing.”

They have joined some 200,000 Rohingya refugees displaced in earlier bouts of violence.