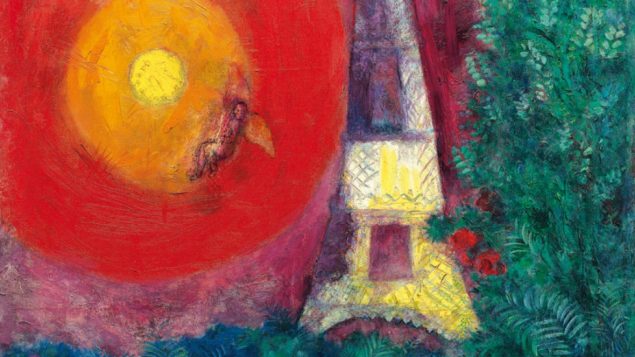 The National Gallery of Canada has reached a “mutually satisfactory financial agreement” with Christie’s auction house to return a Marc Chagall painting to the gallery, the two parties announced Thursday.

The gallery announced in April that it had put La Tour Eiffel on the auction block to raise funds needed to acquire Saint Jerome Hears the Trumpet of the Last Judgment by the prominent French Neoclassical artist, Jacques-Louis David.

The decision to sell one of two Chagall paintings owned by the National Gallery was quite controversial.

But the gallery insisted it was worried that the painting by David would be sold to an international collector and would leave Canada.

But after the Quebec government moved to declare the painting by David a heritage document, it was no longer a risk to leave the country and the gallery decided not to proceed with the sale of the Chagall.

Chagall’s 1929 masterpiece, acquired by the museum in 1956 from the Pierre Matisse Gallery in New York for $16,000, was expected to fetch between US$6 million and US$9 million, although it could have gone for much more.

“After revisiting the terms of our contract, the National Gallery of Canada and Christie’s confirm that La tour Eiffel by Marc Chagall will be released from sale by joint agreement,” the museum and the auction house said in a joint press release.

“A mutually satisfactory financial agreement has been reached, which is not at the expense of the National Gallery of Canada.”

The two parties, however, did not spell out the terms of this agreement.