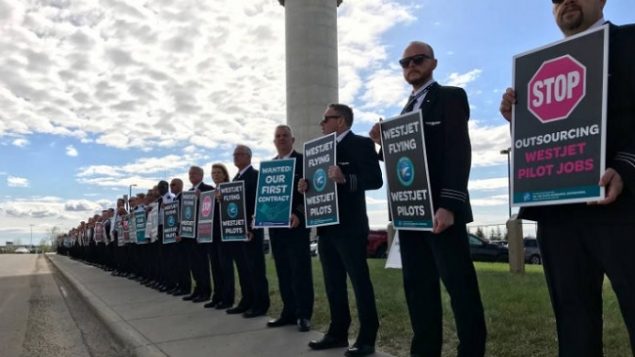 WestJet pilots made their grievances known outside the company’s annual meeting with shareholders in the western city of Calgary on May 8, 2018.

Pilots for the WestJet airline company have given their union a mandate to strike by a vote of 91 per cent. The union will however resume negotiations next week and has said that it would not call a strike until after May 21, 2018. That is a statutory holiday in Canada and many people travel on the long weekend.

WestJet flies routes all over Canada and has destinations in the U.S., Mexico, the Caribbean and a few in Europe. The distances are mostly large and it would be difficult for people to cover them by other means of transportation. Many people are already avoiding booking flights on WestJet for fear of a labour disruption. 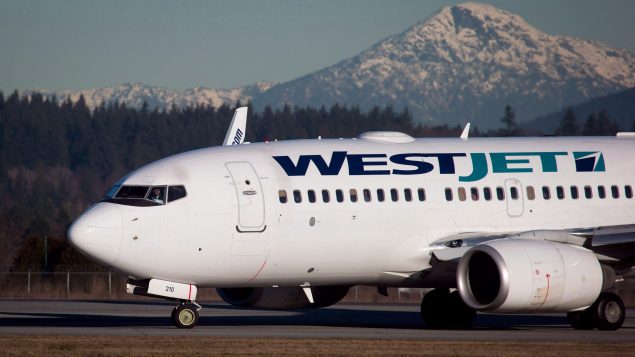 Bookings with WestJet are down, as people want to avoid being stranded in case of a strike. (Darryl Dyck/The Canadian Press/file photo)

The union says there are large differences between it and the company with regards to compensation, working conditions and job security. There is also concern that the company is setting up an ultra-low-cost carrier called Scoop and has been looking to hire pilots from outside Canada.

WestJet pilots would like to have the work themselves but the company says that would increase operating costs and make it more difficult for Scoop to compete with other discount airlines.