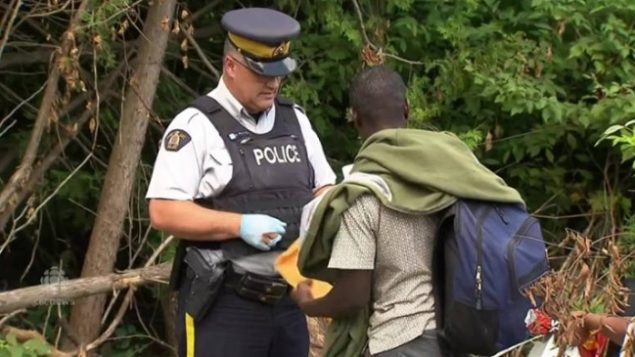 A police officer speaks to one of many asylum seekers who cross the border in to Canada from the United States. (CBC)

Nigeria has agreed to takes steps to reduce the number of asylum seekers coming into Canada and to issue travel documents to those of its citizens whose applications have been rejected and Canada seeks to remove. Canadian Immigration Minister Ahmed Hussen went to Nigeria to talk about the high number of Nigerians who are abusing U.S. travel visas to come in to Canada illegally. 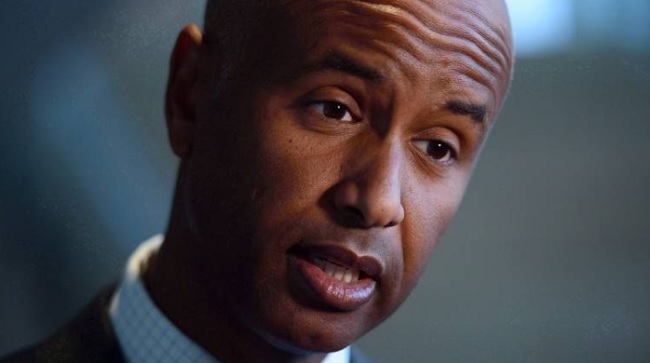 Increasing numbers of people are coming to Canada from the United States at places other than official border crossings. This way, they avoid being turned back to the U.S.  So far this year, more than 7,600 people have entered this way and more than half were originally from Nigeria. And of those Nigerians, over three-quarters had a valid travel visa to the U.S.

There are currently over 15,000 people on Canada’s deportation list. More than 900 of them are Nigerians. The lack of a passport can cause lengthy delays in removing those whose refugee claims have been rejected.

While in Nigeria, Hussen gave several media interviews to dispel the myth that crossing in to Canada illegally is a free ticket into the country. There will also be social media campaigns.

Hussen emphasized the majority of Nigerians who come to Canada do so legally as students, tourists or businesspeople. He added that thousands immigrate through legal channels and become contributors to Canadian society.

With files from CBC. The Canadian Press