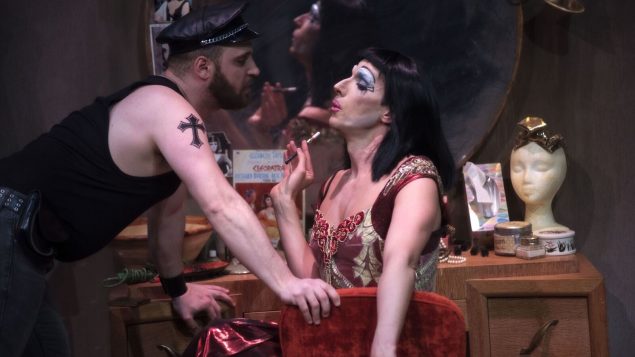 ‘Hosanna’ the moving story by Quebec playwright, Michel Tremblay, is the final show of the season at Montreal’s Centaur Theatre.

The first English translation of the play that was written in 1971, was produced in 2015. 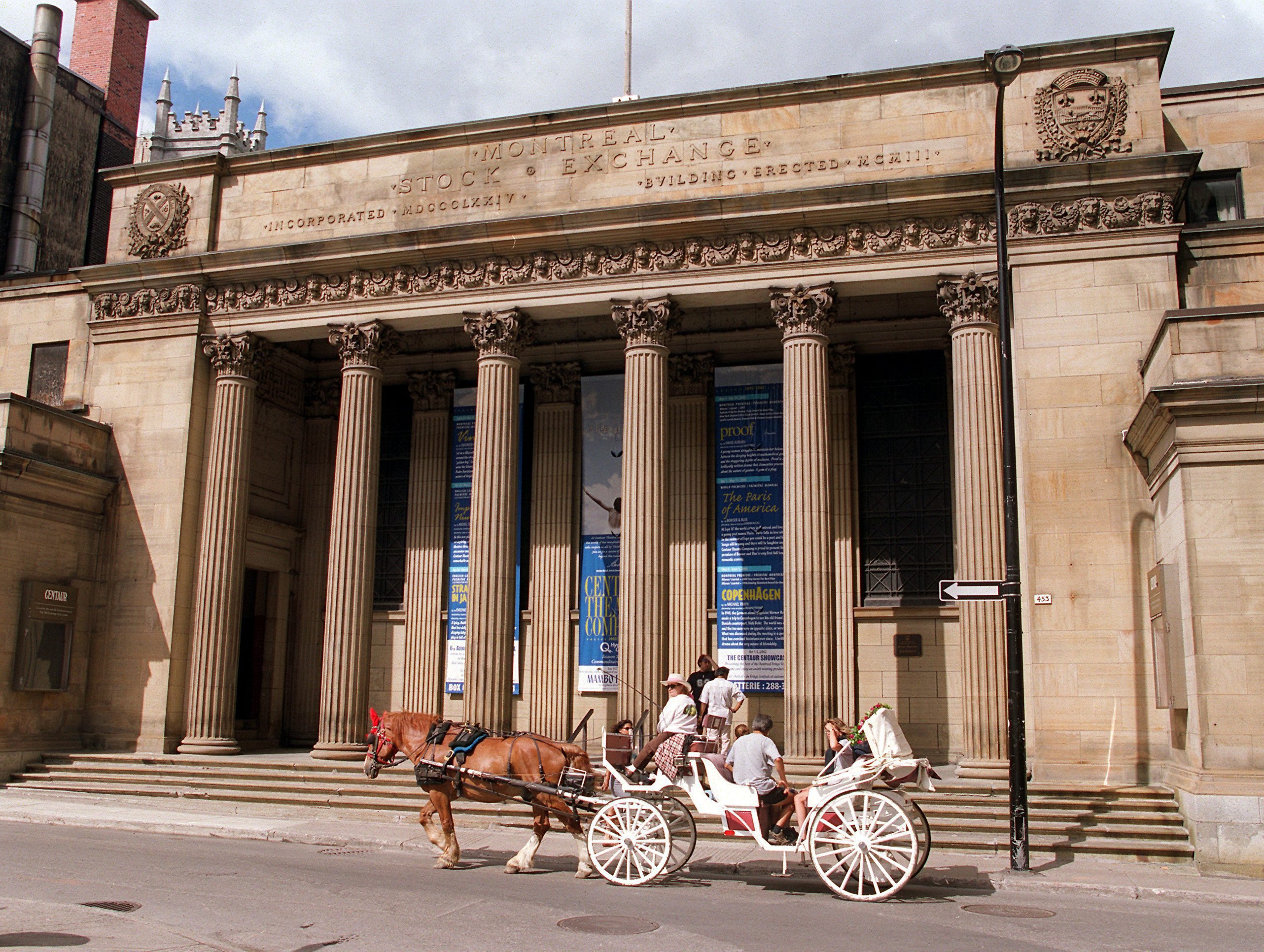 Centaur Theatre in an August 2002 photo, is in the former Stock Exchange building in Old Montreal. The theatre will celebrate its 50th season this fall. (CP/Paul Chiasson)

Directed by Mike Payette, this production, with the intimate setting and the familiar locations for a Montreal audience, is filling the seats.

The co-stars, Eloi ArchamBaudoin and David Chiazzese, deliver performances that maneuver the audience in a slow seduction.

It’s a timely production with the heated debates about the use of pronouns, on Canadian university campuses and the sexual diversity that is becoming much more accepted, than it was 47 years ago.

Michel Tremblay, who paints watercolours when not writing, explained the genesis of Hosanna in this excerpt, included in the program:

“…basking in the black sand of the island of Rhodes in Greece, I was reflecting on Quebec’s identity crisis and I was trying to find a character through which this problem could be expressed… and again I thought of Hosanna. So I wrote a play about a man who dreams of being a woman. who herself dreams of being Elizabeth Taylor in Cleopatra. An American, English and Swiss film, about an Egyptian myth, shot in North Africa and Spain. What a great identity problem! And Hosanna was born in the small village of Lindos. on the shores of the Mediterranean, a physical and psychological striptease on sexual indentity, the gender roles imposed by society, love, betrayal and, ultimately, self-acceptance.”

This fall, the Centaur Theatre begins the celebration of its 50th anniversary.