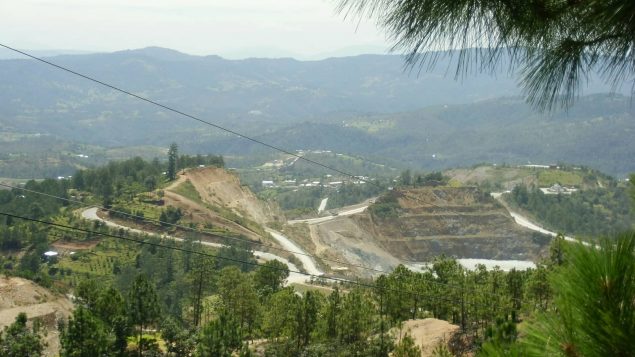 The Marlin Mine in western Guatemala is closed after a decade of gold mining. (Maudilia López Cardona)

Goldcorp and the Guatemalan government must be made accountable for future human rights and environmental harms following the closure of the Marlin gold mine in western Guatemala, says a Guatemalan human rights defender seeking support in Canada.

Sister Maudilia Lopez Cordona is travelling to several cities to tell Canadians about the impact of the closure of the mine and “the ways in which Goldcorp and its subsidiary, Montana Exploradora  have and have not fulfilled their commitments to the 18 indigenous communities impacted by the mine.” 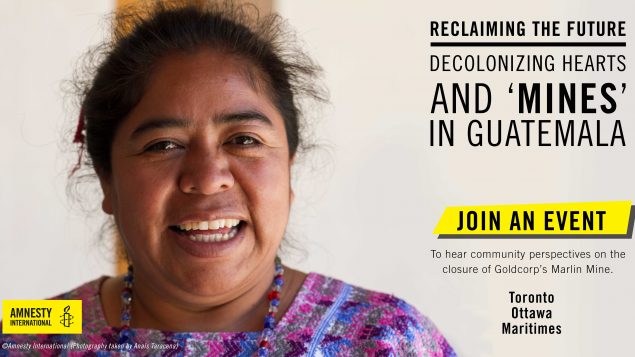 Maudilia Lopez Cardona will talk to Canadians about the impact of the Marlin mine closure on Indigenous peoples and their rights. (Amnesty International Canada)

There are concerns about pollution from the mine and who will clean it up, as well as what will happen to people who have been injured in conflicts about the mine. Some members of the community allege the company has violated their human rights.

Maudilia will share how Indigenous people living near the mine “are bracing themselves for a new wave of economic, environmental, labour and social impacts they expect will result from the closure of the mine.” Her tour is being facilitated by Amnesty International Canada.