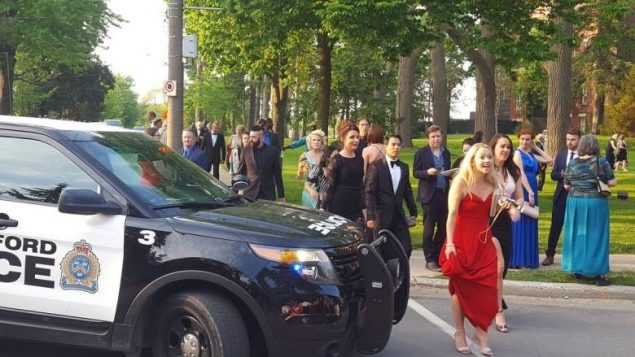 Patrons dressed for the gala opening evening at the Stratford Festival in Ontario, are evacuated on Monday, All went calmly. Photo: Keith Tomasek-Twitter- via CBC

The season opening gala at the Festival theatre, a typically grandiose event in Stratford Ontario, was hurriedly cancelled due to a bomb threat.

Over 1,800 theatre goers, most dressed in formal or semi-formal attire and another large number milling about on the grounds were hastily moved away as the Festival Theatre was evacuated and grounds taped off by police.

“It’s very disconcerting, but with all the things going on around us in the world, we’re not as surprised as we might have, should have been,” Al Tucker-theatre goer (via CBC) 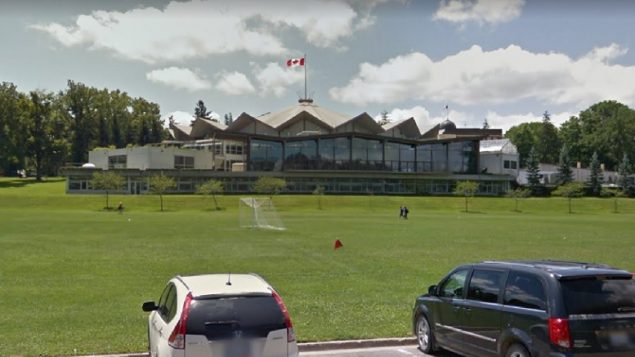 As a precaution, the Avon Theatre downtown was also closed and the surrounding area cleared.

The Festival was to kick off with a performance of Shakespeare’s The Tempest when a call came to local police shortly before 7 pm, about a half hour before the performance was to begin, saying a bomb had been placed at the Stratford Festival. 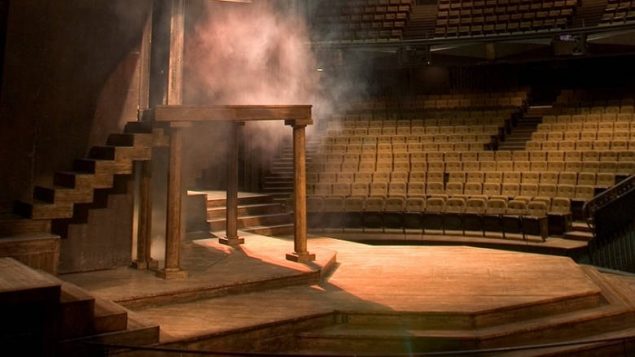 Theatre in the round, the unique projecting stage at the Stratford Festival theatre-similar to Shakespeare’s original stage and theatre.. No seat is more than 19metres from the stage. Photo Terry Manzo-Stratford Festival

The sudden cancellation was unprecedented in the theatre’s 65 year history but Festival artistic director Antoni Cimilino was quoted by PostMedia saying, “we felt it was important that we immediately take action and move on this, We will not know whether or not this was serious and, at that moment, we couldn’t make that determination. We had to act in the benefit of public safety and follow our policy”.

Officers searched the theatres and ground into Monday night,

Performances were set to go on as scheduled Tuesday with the opening of “The Music Man”. Security precautions such as bag checks would be increased until the nature of aqnd seriousness of the threat could be determined.