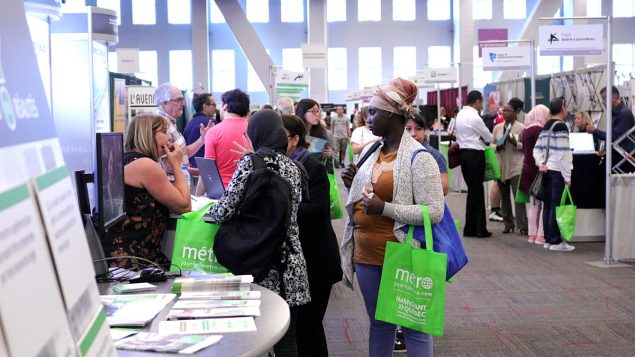 Similar to several other such events in cities across Canada, Immigrant Quebec is an annual event in Montreal featuring almost 100 organisations offering a wide variety of services to newcomers, many of them free, to help integration into Canadian life. Photo: Marie-Claude Simard/RCI

This week the Link team, Lynn, Levon, and Marc left the studio to take part in the Salon de l’Immigration, an immigration expo held in the Montreal downtown convention centre known as the “Palais des Congres”. (Video of show at bottom)

The annual event brings together a wide variety of enterprises and community and government organisations to provide information and advice to newcomers to Canada. 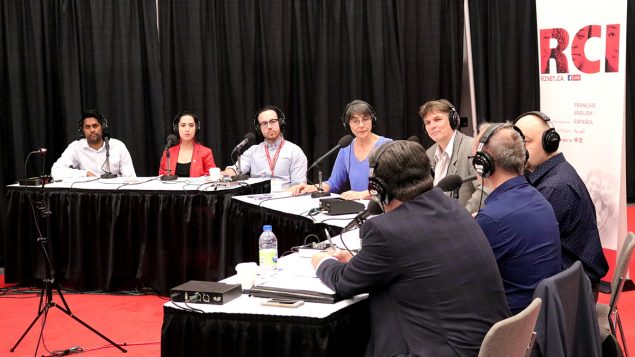 Typically there is room for just under 100 exhibitors and booths, and we had a number of guests from community organisations representative of the services, counselling and employment aid available to newcomers.

Nicholas Bellier is a board member of the event organiser Immigrant Quebec, (the website is in French only) a non-profit organisation, which also offers a wide variety of valuable information through its website. He stopped by for a few minutes to give an overview of the event which attracts typically over 5,000 visitors a day. 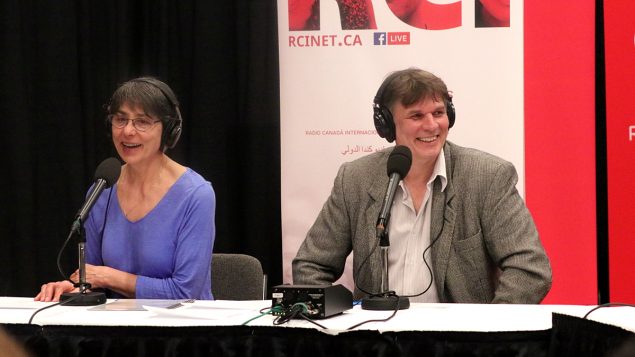 Lynn and Marc May31.19 and the Salon de l’Immgration. Photo Marie-Claude Simard./RCI

Maria-Gracia Girardi is Head of Mentoring and Volunteer Services at the “Y des Femmes”, a Montreal YWCA operation. She talks about the many services for newcomer women to help with job search, career advice, social counselling, and many other services, including the possibility of introductions to sales jobs through a paid 6-month working experience in the Y thrift shop. 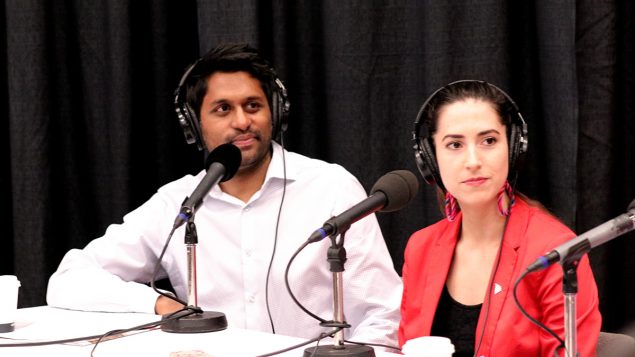 Also joining us was a representative of CACI (Centre d’Appui aux Communautes Immigrantes), a help centre for immigrant communities. Jacques Penel, himself an immigrant who arrived in Canada after living several years in Spain, talked about the various services offered by that organisation and also about his own experience in terms of what he researched before coming, and the reality of finding your way in a new country, not the least of which was a very different type of weather! Using his own experience he also had advice for others thinking of immigrating. 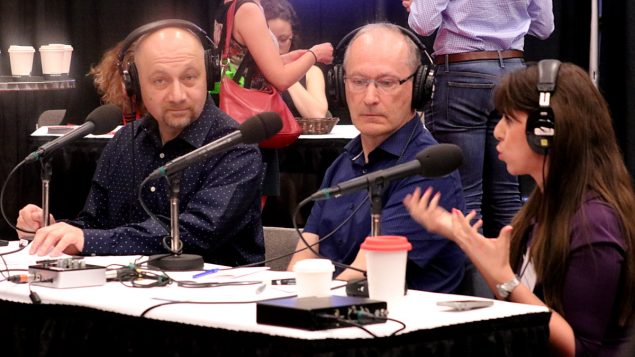 Another social service agency is The Refugee Centre. Abdulla Daoud, Executive Director, also spent some time with us talking about his organisation and the variety of services offered including something called the DevBloc Social Innovation Catalyst, which helps refugees get involved in the tech sector and even create their own start-ups. They have technology boot camps and endeavour to involve local communities in their efforts. 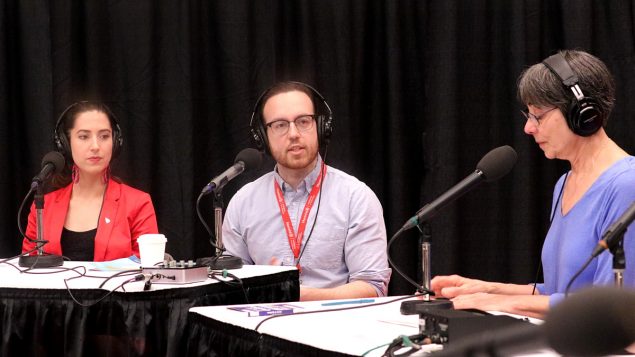 Roshan Patroo joined us as well from the British Council, and international organisation involved in helping newcomers prepare for English language proficiency tests, the IELTS (International English Language Testing System), which tests for listening, reading, writing, and speaking skills, needed for a variety of official reasons such as entrance to universities and general tests for immigration purposes 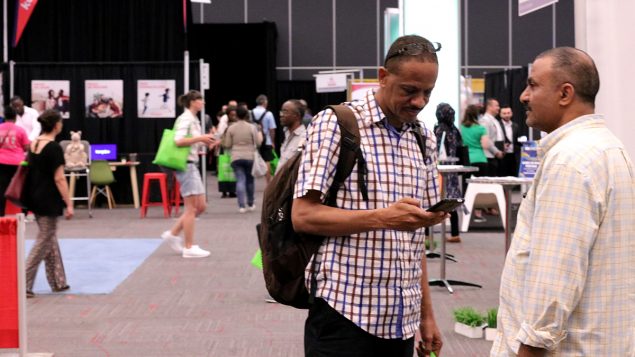 Well over 5,000 visitors were expected on each of the two days of the Expo. Photo: Marie-Claude Simard/RCI

We also had Souad Oured from the National Bank of Canada, a private banking operation, who joined us to talk about money matters in Canada, how things are different here, including for example, a variety of banking debit and credit cards, and the extreme importance of establishing a credit history here.