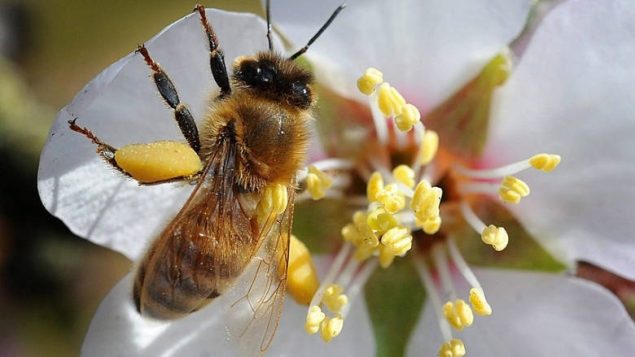 The class of pesticides known as "neonicotinoids" have been blamed for high levels of pollinator deaths. International scientists are calling for a global ban. Photo: Michael McCollum/The Record/Canadian Press

Scientists and NGOs call for ban on class of pesticide

This week more than 200 scientists from several countries around the world have written an open letter calling for international action to end the use of neonicotinoid pesticides, known commonly as “neonics”. 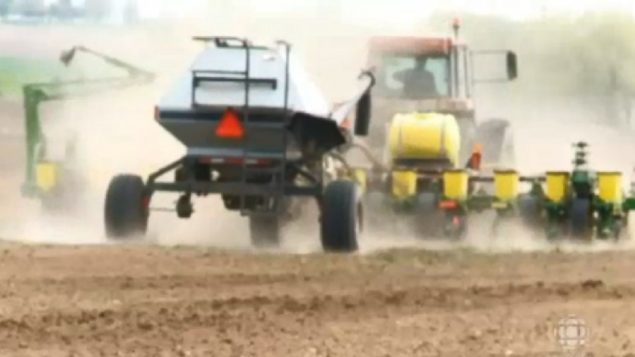 A farmer in southern Ontario plants field corn coated with neonicotinoids. It is believed the dust from planting carries the toxin far from the field onto other plants, the soil, and water. Photo: CBC

The letter was published Thursday in the journal Science and was signed by 232 scientists from North, Central, and South America, England and E.U countries, Switzerland, Egypt, Asia, and Australia, and include a wide spectrum of research fields and disciplines.

The letter notes that this class of neurotoxic chemical is the most widely used type of pesiticide in the world.  The letter states in part, “The balance of evidence strongly suggests that these chemicals are harming beneficial insects and contributing to the current massive loss of global biodiversity”.

It also states that neonics are persistent in the environment, in soils and water,  and that a 2017 study found traces of the toxins in 75% of honey samples around the world.

The open letter notes that the EU voted for a ban on outdoor use of three of the most common neonics by 2018, but that other than a partial ban in Ontario, Canada has not taken any action of its own which is contributing to continued decline of many beneficial insects. 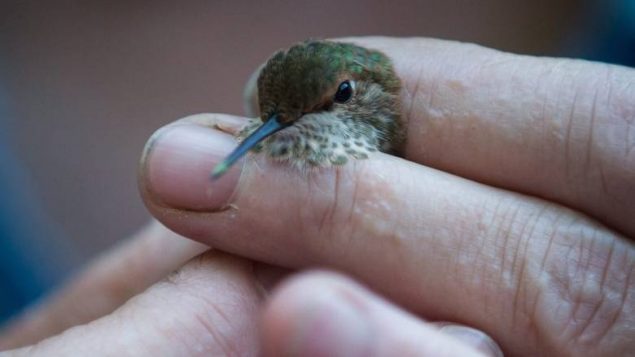 July 2017: Christine Bishop, a research scientist with Environment and Climate Change Canada, holds a rufous juvenile male hummingbird as she prepares to measure and band it and collect urine and feces for testing, in Surrey, B.C. They found presence of neonics in the hummingbirds which have been in decline for several years.
Photo: Darryl Dyck/Canadian Press

NGO’s letter to the Trudeau government

The international call for global action against neonics was followed today by another letter sent to the Canadian government signed by 16 civil society environmental organisations.

It called on the Canadian government to act swiftly to follow the EU lead  saying in part, “It is widely acknowledged and supported by scientific evidence that neonicotinoids are not needed to sustain agricultural production. (…..) A 2018 global research review of alternatives to neonicotinoids identified less toxic methods of pest control that are affordable and effective.(,,,). Continued delay in the face of strong evidence of serious harm to ecosystems and species threatens to undermine our collective efforts to preserve biodiversity in Canada”.

The signatories to that letter included the Ontario Beekeepers Association, Canadian Association of Physicians for the Environment, Trout Unlimited Canada, Prevent Cancer Now, and several other well-known environmental groups like the David Suzuki Foundation, Greenpeace, Eco-justice and others.