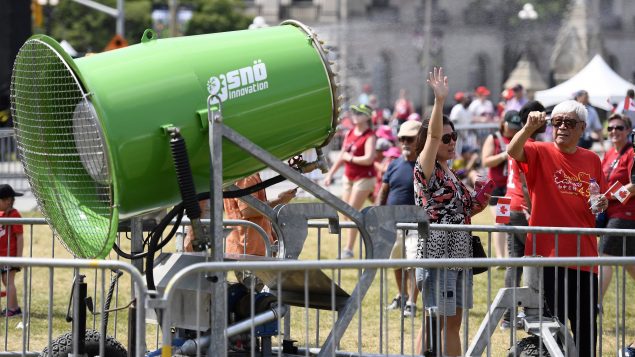 Revellers stopped to cool off in front of a misting machine during Canada Day celebrations on Parliament Hill in Ottawa on July 1, 2018. (Justin Tang/The Canadian Press)

Concerts and fireworks marked the 151th anniversary of the confederation of Canada on July 1, 2018, but it was so hot in eastern Canada that some events were postponed until the heat wave ends. In Ottawa, it was one of the hottest days the nation’s capital has ever seen with a high temperature of 36 C and humidity making it feel like 47C.

Festivities carried on in Ottawa. By 10 p.m. paramedics had treated 101 people, mostly for problems relating to the heat. Eighteen people were taken to hospital for heat and heart problems. Crowds were also smaller this year. At 11:30a.m. there were 6,200 people on Parliament Hill to see the main event. Just after 1p.m., the number had dropped to 3,500. Last year, celebrants braved rain to attend the celebrations. 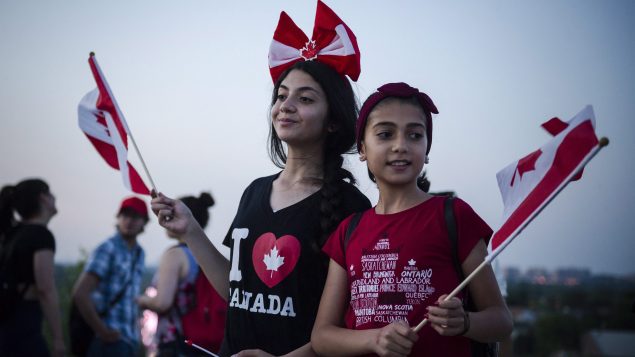 The ‘extreme heat event’ warning in Toronto did not stop members of the Vahid family from partying in Toronto. (Christopher Katsarov/The Canadian Press)

Organizers prepared for the heat this year, setting up water stations, misting stations and even a snow machine to help people cool off.

In Montreal, the borough of Cote St-Luc cancelled its annual festivities because of the heat but citizens were told they would be rescheduled once the weather cools. Temperatures are expected to drop next weekend.

A dome of heat has anchored itself over the continental U.S. and Great Lakes at the heart of North America. That is bringing high temperatures and humidity over parts of the province of Manitoba, spreading through neighbouring Ontario, Quebec and the Maritimes. Temperatures are even higher in some of the affected regions of the U.S. 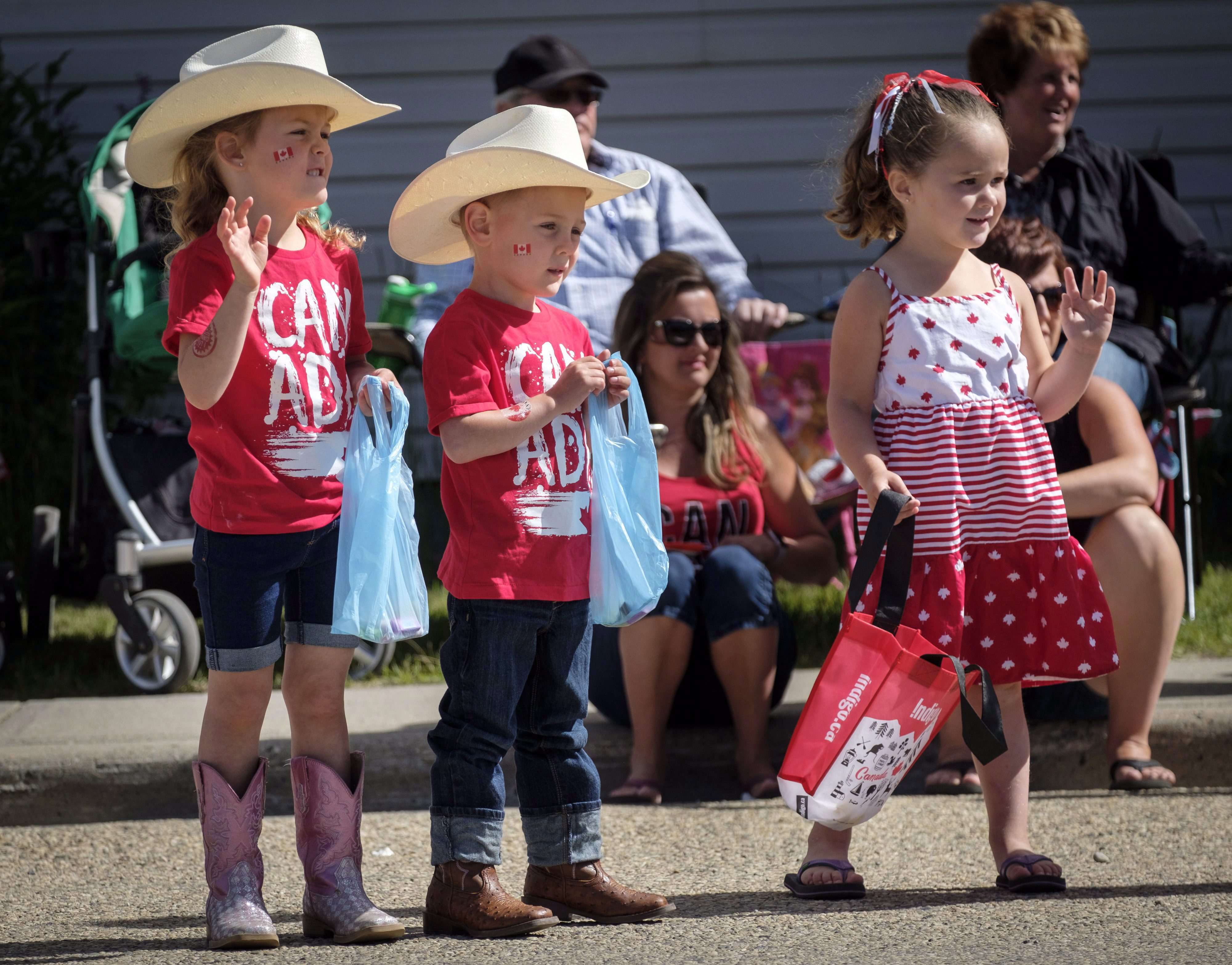 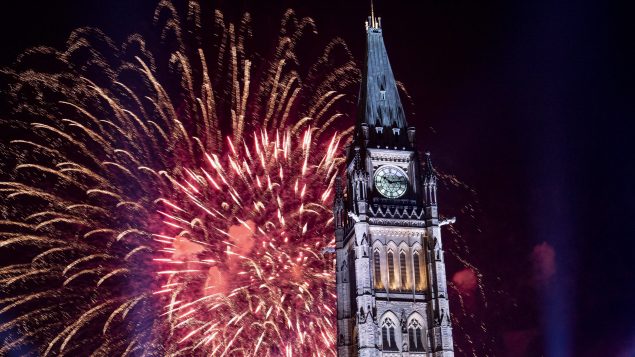 s usual, fireworks lit of the Peace Tower on Parliament Hill. Some towns have made fireworks displays quieter so as not to disturb wildlife. (Justin Tang/The Canadian Press)