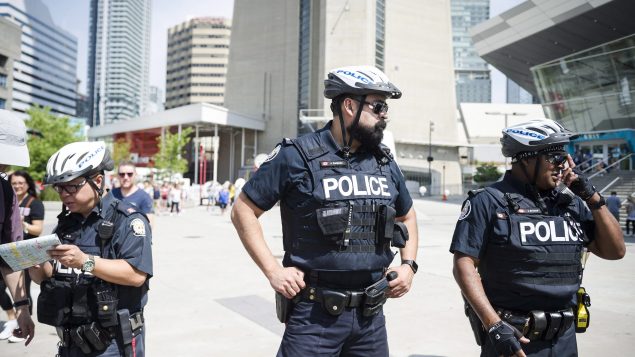 Toronto police have ramped up patrols around the city’s iconic CN Tower and downtown core after receiving unconfirmed information that there’s a “potential risk to public safety,” officials said Thursday.

Speaking to reporters shortly before noon, Acting Supt. Michael Barsky declined to provide specifics about what police have learned, but said the increased police presence in the heart of Toronto’s downtown, which includes a number of major tourist attractions, is meant to reassure the public and the city’s many visitors.

“Everyone of the venues along this area is open for business,” Barsky told reporters. “Later this evening, you will have the Foo Fighters concert at the Rogers Centre, which will be up and operational just as it is planned to be. But again the police presence in this area is simply to ensure that the public can enjoy and come down to this area unimpeded and without any worry.”

Nevertheless, Barsky urged the public to remain vigilant and report any suspicious activity to the authorities. 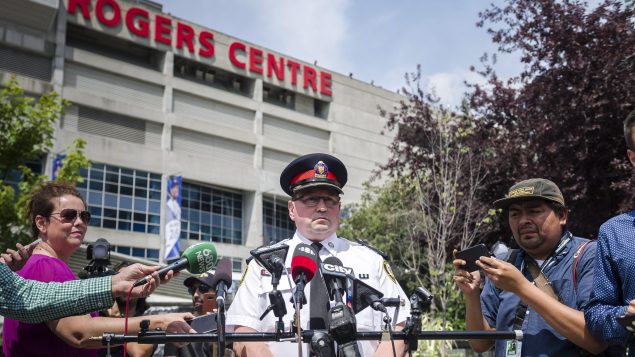 Police earlier tweeted that the increased police presence was due to an “unconfirmed, uncorroborated piece of information” relating to the Greater Toronto Area (GTA).

York Regional Police, which covers the area just north of the city, also said that it has beefed up patrols, urging members of the public to remain vigilant and call 911 if they spot any suspicious activity.

Public Safety Minister Ralph Goodale tweeted that “federal agencies are aware of heightened police presence in the GTA, and, as per normal policing arrangements, stand ready to assist if necessary.”

In April, Toronto was shaken when a man driving a van jumped the kerb and rammed into pedestrians, killing 10 people and injuring 16 others. The suspect, 25-year-old Alek Minassian, was arrested without incident and faces 10 charges of first-degree murder and 16 charges of attempted murder.