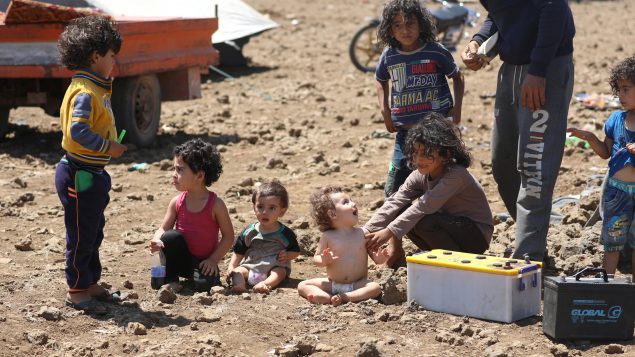 Humanitarian agencies struggling to reach tens of thousands of refugees displaced by the latest government offensive to recapture rebel-controlled areas of southwestern Syria are calling for an urgent ceasefire and humanitarian access to the area.

The United Nations Refugee Agency (UNHCR) estimates more than 320,000 people have been displaced and most are living in dire and insecure conditions under the blazing summer heat with little or no shelter, access to clean water and food.

Amid temperatures of up to 45 C several children are reported to have died from dehydration, heatstroke and scorpion bites, according to the UN.

Caroline Anning, Save the Children’s Syria Response Advocacy Manager, said the displacement created by the violence in Deraa in the last few weeks is the highest the humanitarian agency has seen in a short space of time since the war started more than seven years ago.

“Tens of thousands of displaced families are scattered in remote border areas where there are barely even trees to protect them from the blazing sun,” Anning said in a statement.

“There are no tents, toilets or running water and everyone is exhausted, both physically and mentally. Many children are showing symptoms of heat stroke, and people are getting sick from being forced to drink dirty water from irrigation pipes.” 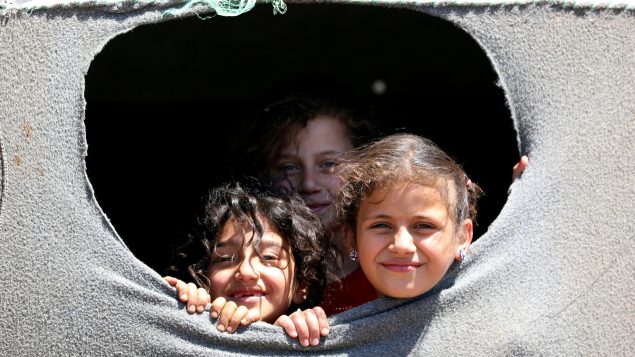 Internally displaced girls from Deraa province look out from a hole near the Israeli-occupied Golan Heights in Quneitra, Syria July 11, 2018. (Alaa Al-Faqir/REUTERS)

“It is vital that parties to the conflict and neighbouring states facilitate access to humanitarian aid across borders and across frontlines, commit to protect civilians and humanitarian workers, and stop devastating attacks on civilian areas and infrastructure such as schools and hospitals,” Anning said.

Jordan, which already hosts more than 1.3 million Syrian refugees, has flatly refused to accept and more Syrians fleeing the fighting in Deraa, forcing the 60,000 who had massed at the Nasib crossing on the Syrian-Jordanian border to go home when ceasefires were proclaimed. 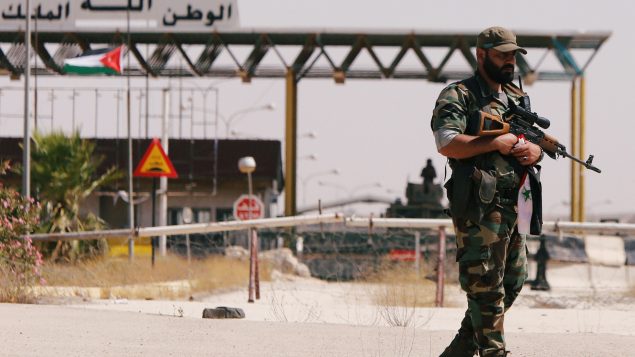 A Syrian soldier is seen standing in the Nasib border crossing with Jordan in Deraa, Syria July 7, 2018. (Omar Sanadiki/REUTERS)

On Thursday, the Assad government scored a major symbolic and strategic victory when its military units briefly entered Deraa, which was considered the cradle of the anti-Assad rebellion, and raised the national flag there.

Government forces backed by Russian air attacks have recovered swaths of southern Deraa province in the last three weeks, securing the strategically vital region near the border with Jordan and Israel.

On Thursday, a senior Russian military delegation entered the rebel-held area of Deraa city and began negotiations over its handover to state rule, rebel officials and a witness told Reuters.

Two armored vehicles with senior Russian officers entered the area of al Shayah in the devastated old city and began talks with commanders from the Free Syrian Army (FSA) on implementing the terms of a surrender deal reached last Friday that also includes evacuation of rebels and a weapons handover.

However, more fighting is expected in the region with the Syrian government forces and their Russian backers expected to attack ISIS strongholds in the area.