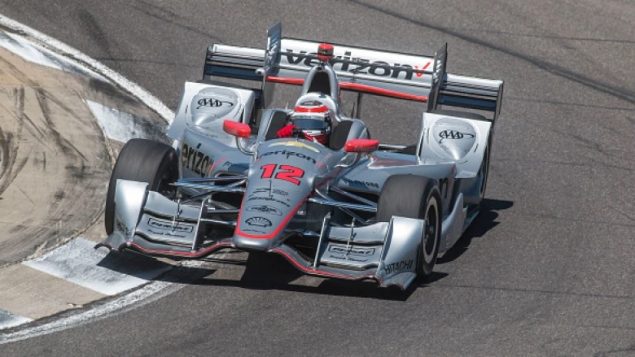 The Indy cars come to Toronto this weekend, along with tens of thousands of fans. Photo shows Will Power racing in the 2016 Honda Indy. (Brian Cleary/Getty Images)

Indy-car racing: The big event in the big city

While Montreal has the Formula One racing event which attracts vast crowds to that city every year, Toronto is the place to be this weekend for car racing fans.

The Toronto Honda-Indy race takes place this weekend in Canada’s biggest city and is billed as the largest annual sporting event in the province with tens of thousands of people coming to watch the event and the associated entertainment features.

This is the 32nd year for the annual event which has only missed one year, 2008. In 2009 it was re-started as an almost entirely new event. 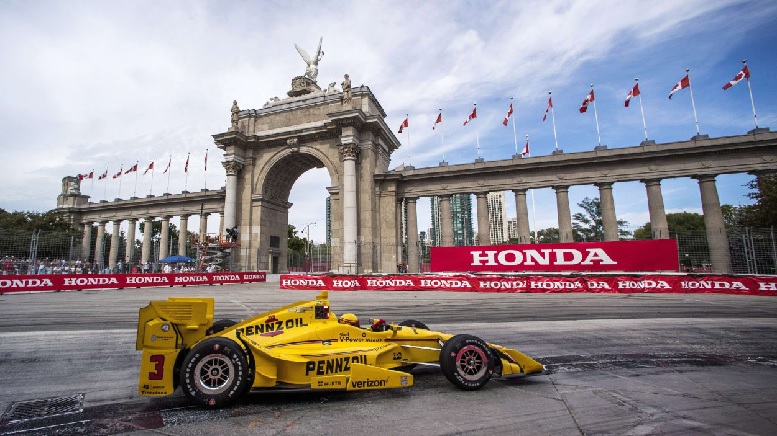 An Indy car driven by Helio Castroneves passes in front of the “Princess Gate” of the Canadian National Exhibition grounds in 2016, The Toronto race on city streets laid out in almost 2.9 km course. (Mark Blinch- CP)

Because the race is run on city streets down near the lake shore, traffic headaches in an already congested city are always made worse in the week leading up to this weekend’s races. While some certainly grumble about the inconvenience, there’s no doubt the event is a huge attraction and financial benefit to the city in addition to the international exposure,

The race also comes after a major police operation in the downtown yesterday. Police have said only that there was a credible threat without elaborating.

Security at any major public gathering anywhere has now become a real concern. Police presence will be slightly more visible along with other measures in order to take all precautions yet without becoming restrictive or obtrusive. Reporters at the event say visitors they’ve spoken to are not worried about security issues, merely excited to be at the race.

The race now in its 32 year, has only been won twice by a Canadian, and that was by the same man, Paul Tracy.  This year, four Canadians will be in the feature race, with at least two of them expected to perform very well. One of three Canadians in the race, Zachary Claman de Melo will be driving the number 19 Honda. A rookie, he is not expected to win, but should do well (Canadian Press).

James Hinchcliffe grew up in Oakville, about an hour outside Toronto and part of the “Greater Toronto Area” and has raced several times at the Toronto event. He has just come off a couple of third place positions and a win just last weekend at the Iowa Corn 300.

His teammate for the Schmidt Peterson Motorsports team is Robert Wickens 29 of Guelph, Ontario.  Wickens will be a rookie on the Toronto Indy course, but is no stranger to winning having spent ten years racing in Europe and is currently sixth in the standings ahead of Hinchcliffe in eighth place.

The other Canadian is Zachary Claman de Melo, an Indy Car rookie from Montreal.  Earlier this year he was in the famous Indy 500 where he actually led for seven laps before running out of fuel on the last lap. He’s been driving for Dale Coyne Racing and will be driving the number 19 Paysafe Honda.

The race consists of 85 laps around the almost 2.9 kilometres course. Trials and associated race events start today, the main race goes on Sunday.