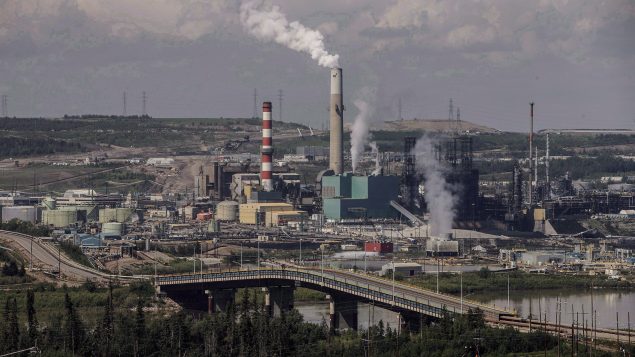 Suncor's base plant with upgraders in the oil sands in Fort McMurray Alta, on Monday June 13, 2017. (Jason Franson/THE CANADIAN PRESS)

Canada’s economy grew by half a per cent in May, almost twice what economists were expecting, partly fueled by a strong rebound in the oil and gas sector.

The country’s gross domestic product expanded by 2.6 per cent in the 12 months up to May, led by growth in mining, quarrying, and oil and gas extraction, Statistics Canada reported Tuesday.

“It’s hard not to like this morning’s GDP report,” Josh Nye, senior economist at RBC, wrote in a note to clients.

“With activity rising month-over-month in 19 of 20 industries it was the most broadly-based gain in more than a decade.”

The Alberta oilsands were a big part of that expansion, as crude bitumen extraction grew by 5.3 per cent in May following maintenance shutdowns at some facilities a month earlier.

Economic activity in Canada’s oilsands has now expanded by 14 per cent in the past year. 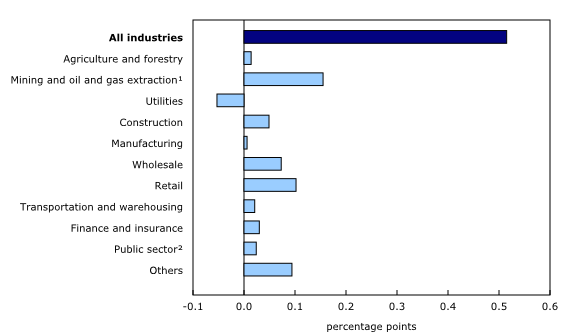 The mining, quarrying, and oil and gas extraction sector was up for the fourth month in a row in May, growing by 1.8 per cent, according to Statistics Canada.

After a 1.0 per cent decline in April, retail trade rose 2.0 per cent in May, the largest increase since October 2017, the report said.

Construction increased 0.7 per cent in May, essentially compensating for decline in April, caused by cooler than usual weather across Canada.

Real estate, meanwhile, was the weak link as sales activity for real estate agents and brokers declined by 2.7 per cent in May, in part due to declining home sales in British Columbia. This was the fourth decline since the beginning of 2018.

“A sting of solid data—last Friday’s inflation report was also a bit firmer than expected—might stir more talk of the Bank of Canada raising rates again as soon as September,” Nye said.