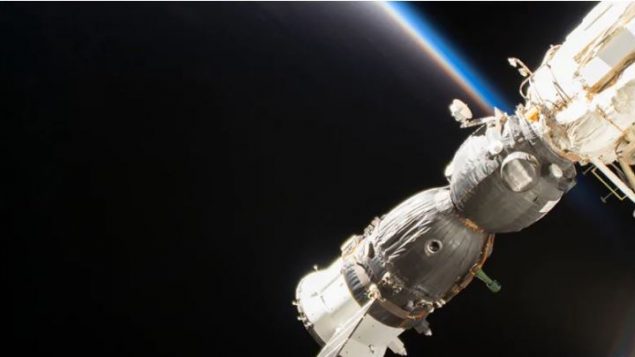 The Soyuz MS-09 crew spacecraft from Roscosmos is pictured docked to the Rassvet module as the International Space Station was flying into an orbital night period. Last week, a two-millimetre-wide hole was detected on the upper part of the spacecraft causing an air leak in the space station. (NASA)

The International Space Station (ISS) had patched and sealed the two-millimetre-wide hole that was discovered aboard the Soyuz MS-09 crew spacecraft last week.

“What is this: a production defect or some premeditated actions?”

It was judged not to be serious enough to awaken the 6-member crew, and on Thursday the astronauts fixed the problem.

Now, however, it is being revealed that the hole was the not the result of a micrometeorite hit.

Dimitry Rogozin, head of Russia’s space agency Roscosmos, said yesterday that the hole was made by a drill, from the inside, and that the drill was held by a wavering hand as there were traces of it sliding along the surface as several attempts were made.

Rogozin asked, “What is this: a production defect or some premeditated actions?” 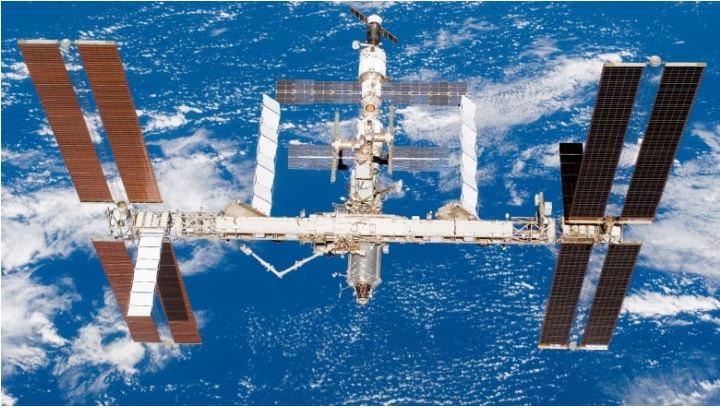 The hole is under investigation by a special commission involving RSC Energia, Roscosmos, and TsNIIMash, a Russian institute of space and rocket science, reports the Russian news agency RIA ovosti.

The same news agency reported that former cosmonaut Maxim Suraev, now a Russian federal politician, said he would not rule out the possibility that the hole was drilled by a “mentally unstable member of the ISS crew.”

The current crew of six astronauts aboard the ISS are: