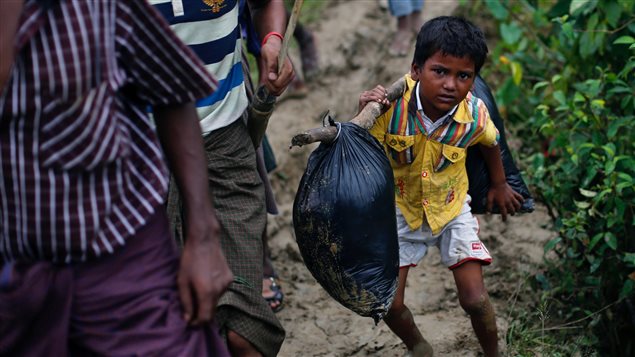 A Rohingya refugee boy carries his belongings as he walks to a makeshift camp in Cox’s Bazar, Bangladesh September 18, 2017. Photo Credit: Danish Siddiqui

Canada’s parliament unanimously adopted a motion Thursday recognizing the brutal crackdown against the Rohingya Muslim minority in Myanmar as an act of genocide.

The motion introduced in the House of Commons by Liberal MP Andrew Leslie, the parliamentary secretary to the foreign affairs minister, endorses the finding of a UN fact-finding mission that concluded crimes against humanity sanctioned by the “highest levels of Myanmar military” have been committed against the Rohingya and minorities.

The motion recognizes these “horrific acts” as genocide and calls on the UN Security Council to refer the situation to the International Criminal Court.

The motion also calls for the senior members of Myanmar’s military to be “investigated and prosecuted for the crime of genocide.”

However, the motion does not mention Myanmar’s de facto civilian leader Aung San Suu Kyi who is an honorary Canadian citizen, an honour she shares with the likes of Nelson Mandela, the Dalai Lama, the Aga Khan and Malala Yousafzai. 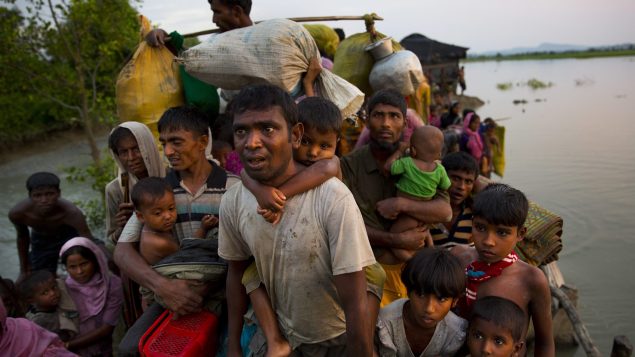 Speaking to reporters in Washington Foreign Affairs Minister Chrystia Freeland thanked all the parties in the House of Commons and all the MPs for voting in favour of the motion.

“That’s a very important statement by Canada, the Canadian Parliament,” said Freeland who is in Washington for talks on the North American Free Trade Agreement (NAFTA). “Canada has been at the forefront of both pursuing justice for the Rohingya and working to provide support and succour for the Rohingya who have been forced out of their homes.”

Today, Canada’s House of Commons unanimously adopted a motion recognizing the crimes against the #Rohingya as a genocide & calling on the world to help them. We will continue to work with partners to hold those responsible to account. Canadians stand with the Rohingya. pic.twitter.com/ThTswuFmQQ

Canada has contributed more than $300 million to support the Rohingya refugees and is leading an international effort for justice and accountability for the Rohingya, Freeland added.

Canada has also imposed sanctions on some of the Myanmar officials directly responsible for the crackdown on the Muslim minority in the predominantly Buddhist Myanmar, she said.

Since it began in late August of 2017, the crackdown by Myanmar’s military and security forces, as well as Buddhist vigilante groups, described by the United Nations as “a textbook example of ethnic cleansing,” has forced more than 700,000 Rohingyas to flee Myanmar, also known as Burma, to seek refuge in neighbouring Bangladesh.