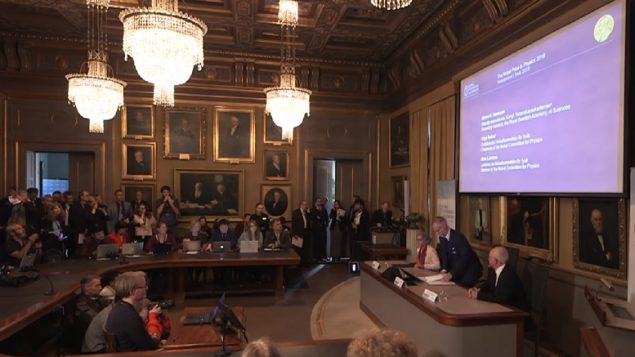 For the first time in some 55 years, a woman has been awarded the Nobel prize in the physics category.

Donna Strickland, professor and research scientist at the University of Waterloo in Ontario, shares the $1 million dollar prize with two other scientists for their work with lasers. 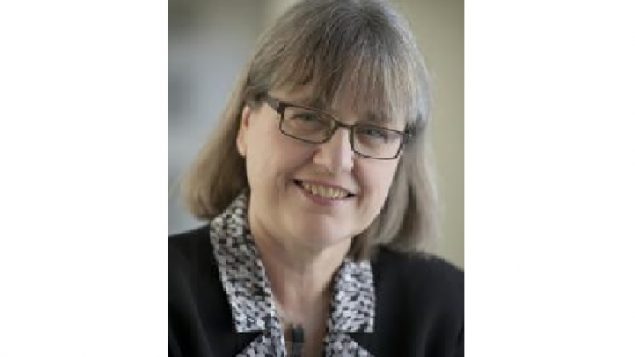 In connection with Strickland and Morou’s developments, they were successful in creating a new technology to enable ultra-short high-intensity laser pulses.

Previously, amplifying a laser pulse would result in excess energy and serious damage to the equipment, specifically the amplifier. The successful technology reduce the intensity the original pulse through gratings to greatly reduce its energy by stretching and dispersing the spectrum. The low power and longer pulse was then amplified to a high power pulse. The high power pulse run through more gratings which reverses the original grating process to compress the now amplified signal into an pulse of the same duration as the original but at a much higher power. 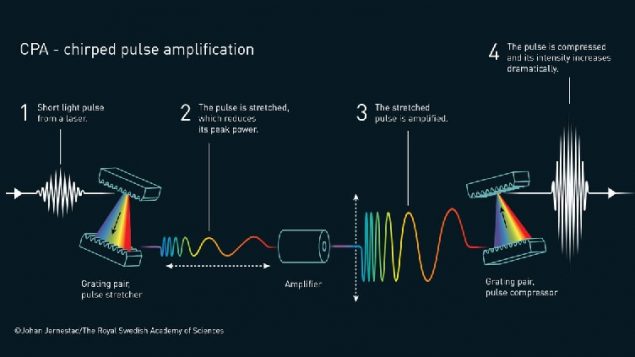 Simplified illustration of the laser technology developed by Strickland and Morou. (Royal Swedish Academy of Science)

This technology is now widely used in a variety of industrial and medical applications, such as vision correction surgery.

Strickland is only the third woman to become a Nobel physics laureate after Marie Curie in 1903, and Maria Goeppert Mayer in 1963.
Royal Swedish Academy of Science- Youtube announcement

Associated Press (via CBC) Oct 2/18: Canadian among trio of Nobel winners in physics