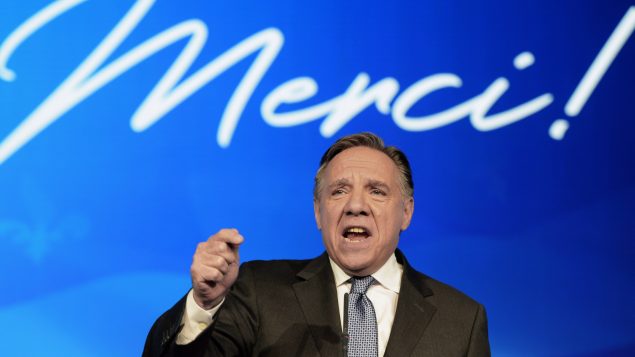 The political landscape in Quebec underwent a tectonic change Monday as voters in Canada’s French-speaking province elected a new centre-right party, tossing aside the two parties that had dominated Quebec politics for over half a century.

Founded in 2011, Coalition Avenir Québec (CAQ) will form a majority government in Quebec, dealing a historic blow to the incumbent Liberals and trouncing the sovereignist Parti Quebecois (PQ).

The CAQ received just over 37 per cent of the popular vote, followed by the Liberals at nearly 25 per cent, the Parti Quebecois at 17 per cent and Quebec Solidaire at 16 per cent. Voter turnout was estimated at 66 per cent.

The CAQ will have a solid majority of 74 seats in the 125-seat provincial legislature known as the National Assembly.

Out with the old, in with the new 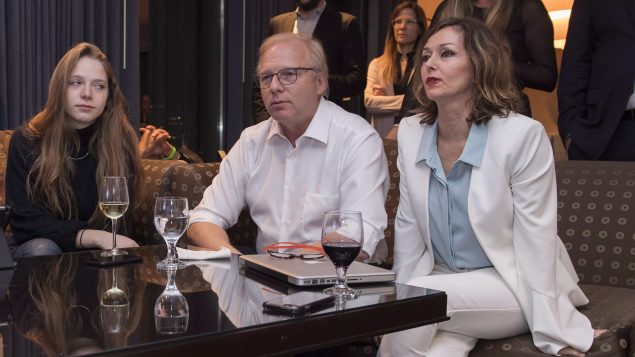 The incumbent Liberals have been reduced from 68 seats in the house to 32 seats. They will now form the Official Opposition. Liberal Leader Philippe Couillard, who was re-elected in his riding of Roberval, said he would take a few days to mull over his political future.

The once mighty PQ has been reduced from 28 seats to 9 seats, losing the official party status and prompting its leader Jean-Francois Lisee, who lost his own seat, to resign.

In the meantime, the centre-left staunchly sovereignist Quebec Solidaire tripled the number of its seats to 10, emerging as the other big winner of Monday’s vote. 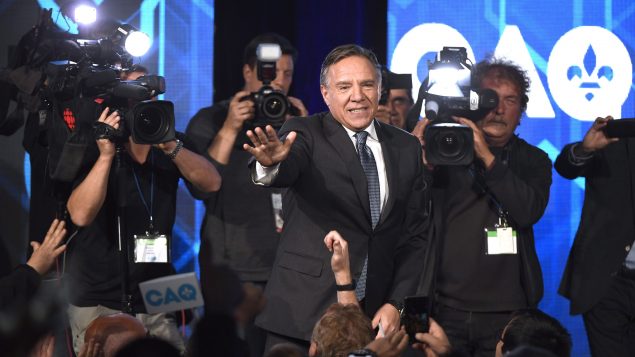 Speaking to jubilant supporters at a Quebec City rally, Legault, who will become Quebec’s 32nd premier, said Quebecers have finally put aside a debate which has divided them for 50 years, referring to the schism between federalists and sovereignists.

“The election is over now; let’s start working together for the benefit of all Quebecers,” Legault said speaking in English. “Let’s work together to make Quebec stronger within Canada. I want to assure you that my government will be your government.”

Legault, a straight-talking 61-year-old millionaire, campaigned on the promise to cut taxes and trim the province’s bloated bureaucracy, to improve education and the publicly-funded healthcare program by allowing more private companies to deliver some of the services.

However, one of the most controversial aspects of the CAQ’s platform was its pledge to cut immigration to the province from about 53,000 to about 40,000 immigrants a year and require that newcomers willing to stay in Quebec take compulsory courses in French and a mandatory Quebec values within three years after their arrival.

While Quebec has some powers over immigration, and can grant a “certificate of selection” to newcomers, as a first step toward Canadian citizenship it does not have the constitutional power to deport immigrants from the province.

Legault is proposing that those who fail the French and Quebec values tests would not be granted a Quebec certificate of selection, blocking them from seeking Canadian citizenship.