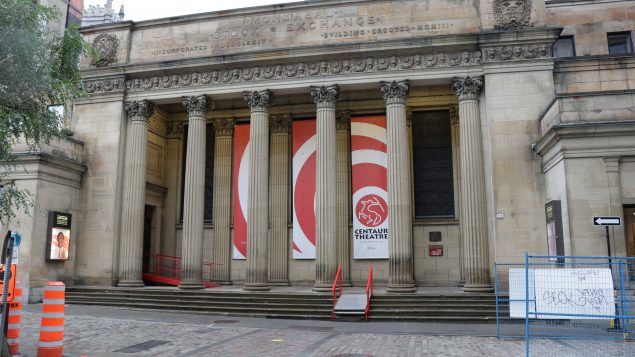 Behind the stately and stolid stone exterior of the over 100 year old former stock exchange lies one of Quebec and Canada's most vibrant and important professional artistic ventures. the Centaur Theatre Company. (Marie-Claude Simard-RCI)

Behind the stately and imposing Corinthian columns of what had been the Montreal Stock Exchange is a vital, vibrant cultural and artistic company, and symbol.

Known as the Centaur Theatre Company, or simply “the Centaur” it signifies the important English heritage and culture in what is a mostly Francophone environment.

About to celebrate this major achievement of fifty years of theatre, I spoke with Artistic and Executive Director Eda Holmes. 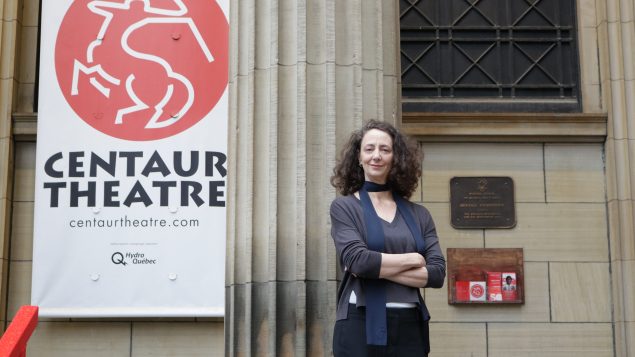 The large and distinguished looking building was created in 1903 and was the home of money and power in the city, the province, and even to a large extent, the entire country until 1965.  The Exchange moved to new and larger more modern quarters that year, leaving the building empty for a short time.

Following a brief stint struggling as a cultural centre and attempts at staging play. Seeing an opportunity and need for a more professional attempt, the Centaur Theatre was co-founded by Maurice Podbrey and  Herbert Auerbach and the site taken over starting in 1969.

Purchased by Centaur in 1974, the interior has undergone a series of extensive renovations to provide two very intimate stages. One with some 220 seats, and then later a second stage was created with over 440 seats. 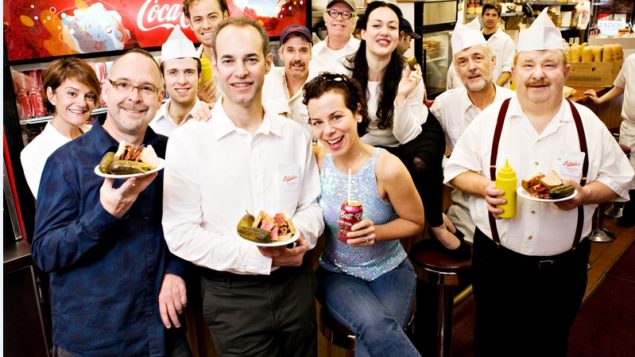 With a goal to provide at least six productions a year, the Centaur has fostered an amazing list of talented writers, producers, and actors.

Starting with Montreal talent, the award-winning theatre has long since widened its scope to provide a site for national and international productions and artists.  Attracting such talent has become far easier as the theatre’s reputation for outstanding quality has become internationally known.

However, the theatre has has some hurdles to surmount.

Political events in the province have led to a noticeable reduction in the size of the Anglophone community. This was first during the rise of the Quebec separatist movement in the 1960’s and 70’s which saw bombings and murders by a violent separatist group. Later there were other out-migrations of anglophones from the city and province during two referendums on separation from Canada in 1980 and 1995.

As Eda Holmes points out, unlike any other theatre in Canada, the Centaur has a vital and unique role not only for the English and anglophone immigrant communities in Quebec, but also as a showcase to the French majority. 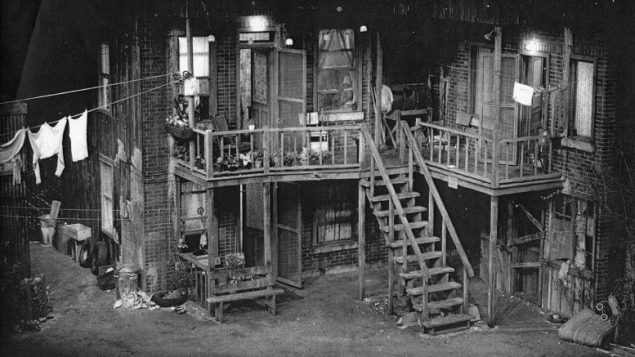 The setting for the 1979 national and European hit “Balconville” set in Montreal’s “Point”, not the wealthiest neighbourhood in the city. David Fennario’s play highlighted a fascinating mix of cultures and language with Quebec French “joual” and English neighbour sharing opinions across their balconies in the 1960’s. (Centaur)

She says the theatre has expanded its role to embrace and encourage more Francophone participation, a move which has seen good success and which has resulted in exciting and interesting theatre for all participants.

Holmes says there are plans to further strengthen ties and collaboration with other French theatres and artists as the Centaur prepares to move on to its next 50 years as the premier English-language theatre in the province, and certainly a highly respected one nationally and internationally.

For the moment however, a huge party and artistic performance event to celebrate this amazing 50 year success and milestone is planned with the theme ” the magic of theatre”.

It will attract a number of “star” alumni, along with other celebrities, politicians, fans of professional theatre, and representatives of Canada’s major media outlets who will experience  a cocktail-dînatoire, immersive and ongoing entertainment, a jazz cabaret, and a Ghost Walk that connects guests to the history of Centaur’s building. 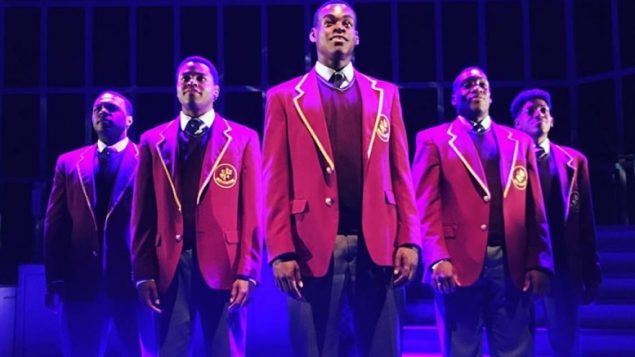 Set in a Chicago prep-school, Choir Boy is currently playing at the Centaur-2 (Centaur)

The Centaur Theatre Soiree and Gala will be held on Oct.16. and after all the glamour and glitter, the play must go on, and Centaur will resume its season which this month includes the exciting production of “Choir Boy” by Oscar-winning writer Tarell Alvin McCraney.