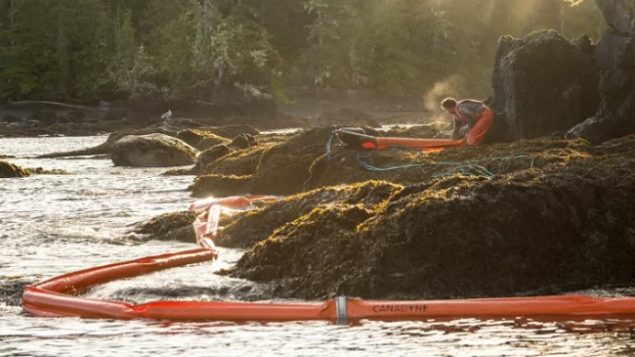 Floating booms were used to try to contain spilled fuel and other pollutants after the sinking of a tug on October 13, 2016. (Tavish Campbell/Heiltsuk Nation via CBC)

A west coast First Nation is seeking damages for the ruin of its traditional harvest and associated cultural and commercial losses, as well as for its oil spill response efforts and remediation.

Two years ago, a U.S.-owned tug ran aground near Bella Bella near the spectacular Great Bear Rainforest on the central coast of the province of British Columbia. This area is the traditional home of the Heiltsuk people.

The tug spilled 110,000 litres of diesel fuel, lubricants, heavy oils and other pollutants. 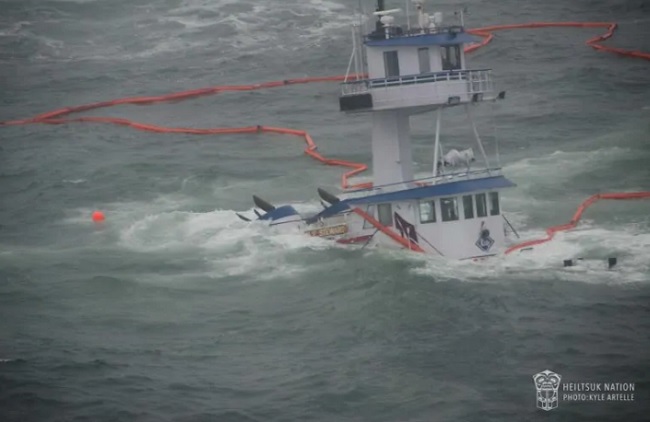 The teams that came to deal with the sinking were called disorganized and ineffective by a First Nations’ first responder.(Kyle Artelle/Heiltsuk Nation via CBC)

“When the Nathan E. Stewart sank it took with it livelihoods, our clam fishery, and part of what makes this place home,” said hereditary chief and first responder Harvey Humchitt in a news release. “It was painful to watch the damage unfold as we waited for support and supplies. More painful still when the teams and equipment that did arrive were disorganized, ineffective and, ultimately, powerless to protect our waters and lands.”

The lawsuit seeks redress from the Kirby Corporation which owned the vessel and the governments of Canada and British Columbia. 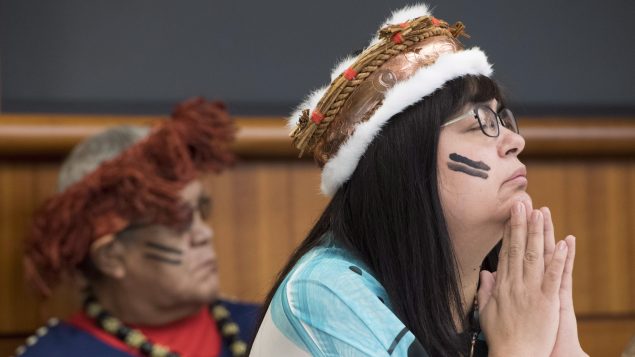 Seeking to set a precedent

Heiltsuk Chief Marilyn Slett said the First Nation hopes the suit will set a precedent for the handling of oil spills in future.

The allegations have not been proven in court.