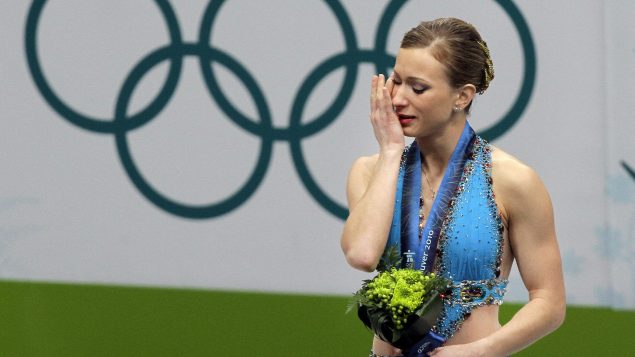 Joannie Rochette reacts after receiving her bronze medal on Feb. 25, 2010, at the women's figure skating competition during the Vancouver 2010 Olympics in British Columbia. She has said she looks back at 2010 with pride, not sadness. (AP Photo/Amy Sancetta, File)

Joannie Rochette was the darling of the 2010 winter Olympics in Vancouver, British Columbia, when she skated to a Bronze medal only days after her mother died of a heart attack.

“nothing will ever beat skating”

Now, she’s fulfilling her other life-long ambition, in her third year of medical school at McGill University.

“It’s 12-hour days at the hospital, it’s really long, I’m doing obstetrics right now so it’s a lot of surgeries and C-sections, so you’re standing all day,” Rochette told The Canadian Press in a recent interview.

Rochett’s mother, Therese, 55 at the time, was Joannie’s strongest coach, and Rochette said she knew her mom would have wanted her to go ahead and compete.  It was a moving performance. 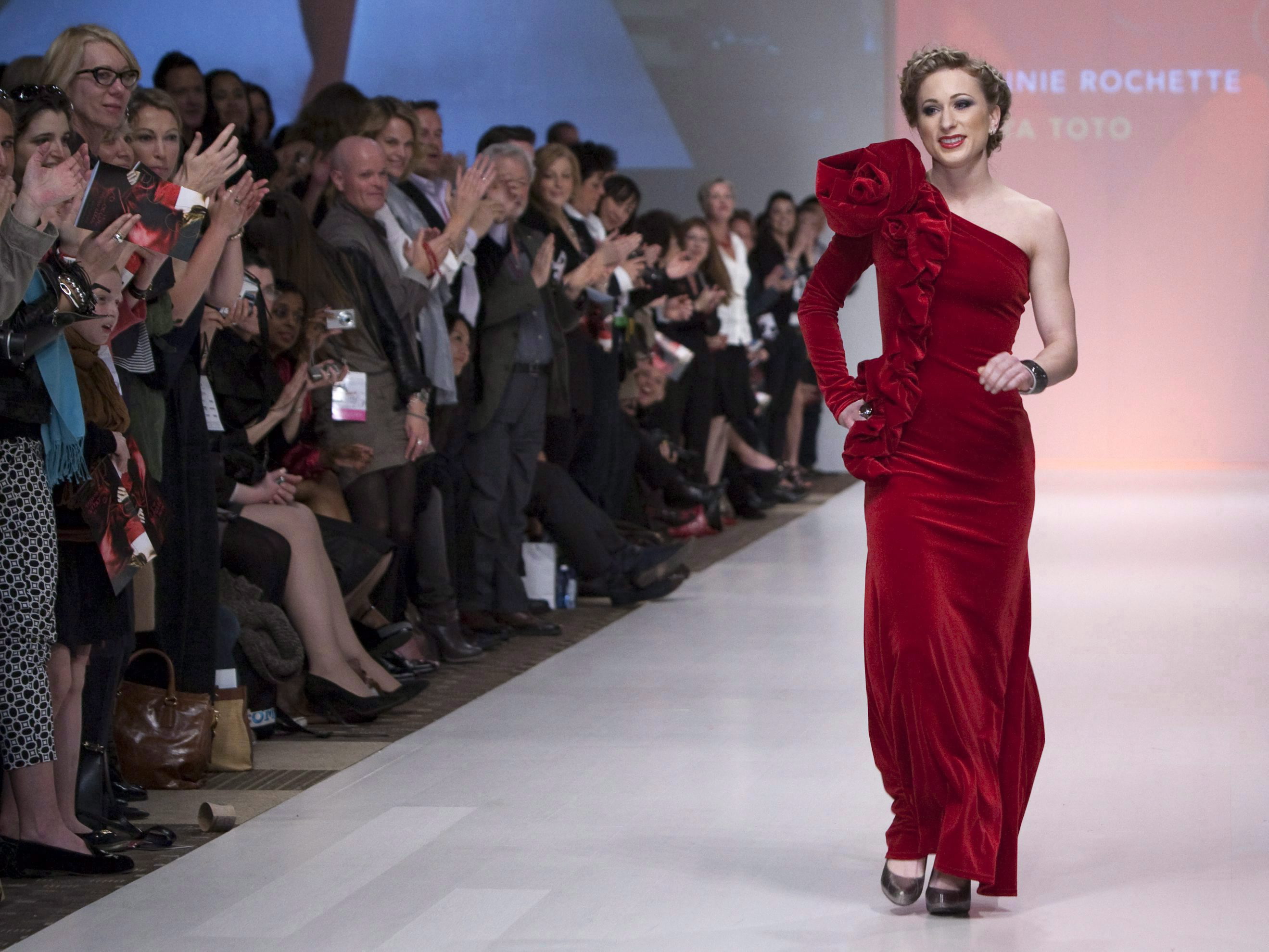 Joannie Rochette receives a standing ovation as she walks the runway in “The Heart Truth” show, part of Fashion Week in Toronto on March 31, 2010. THE CANADIAN PRESS/Frank Gunn

“It’s interesting because I always thought skating would be my life for as long as possible, but now I’m back at school, med school, and it’s very similar similar in that you need to do it every day, study every day, it’s the same type of discipline,” Rochette told Lori Ewing of The Canadian Press last week.

“Except the first two years, sitting in class was such a long time, I would fall asleep. It’s very different, it’s a different type of exhaustion, but I think I can take a lot from skating to my new life.”

“It’s really exciting to know that I’ll have another life than skating, something else one day. But it’s also very humbling because you know when you’re good at something, and then you have to start from scratch,” Rochette said. “And yes, people recognize me and all that, but it doesn’t matter, in med school you still need to get the answers right on the exams.”

Now 32, Rochette, who grew up on Ile Dupas, Quebec, won silver at the 2009 world championships and was named The Canadian Press female athlete of the year for 2010.

While she finds her new life and her studies rewarding. she said, “nothing will ever beat skating,”

“Even in shows, when you finish performing the crowd claps, they’re all cheering for you. And you don’t get that in any other job. When you’re a performer I feel like it’s like the best job in the world,” she said.

Following the 2010 Olympics, Rochette continued skating in ice shows that toured the world. While she enjoyed the experience and the lifestyle, she told Brenda Branswell in an interview for McGill News last September, that “she felt something was missing.”

“I couldn’t foresee myself doing that until I was 50. I thought that I needed a new passion, like something that keeps you up at night,” Rochette said.

But Rochette has not left the ice completely. This week, in a short break from school, she is the honorary ambassador of Skate Canada International. It’s the second stop on the ISU Grand Prix tour.

(With files from CBC, The Canadian Press, and McGill News)