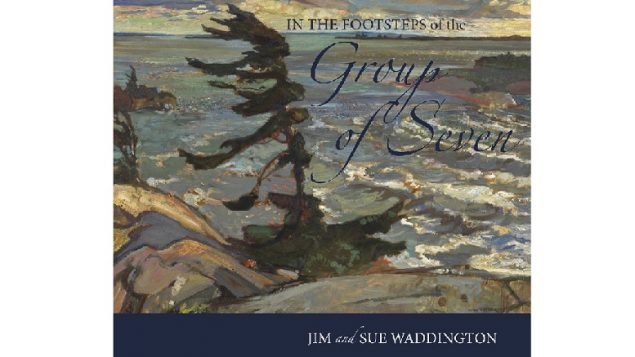 In the Footsteps of the Group of Seven- Jim and Sue Waddingtion. Finding where some of Canada's most impressive paintings were created: an adventure of almost 4 decades (Goose Lane Editions)

Book: Waddington-tracing the Group of Seven

If you love art, and if you love detective stories, and especially if you love the artworks of Canada’s iconic Group of Seven. Then you’ll want this book.

Back in 1977, Jim and Sue Waddington began a journey that has taken them year after year to some of the most majestic and awe-inspiring sites in Canada.

That was when they began their travels to locate the exact and often remote spots where some of Canada’s most iconic paintings were created. 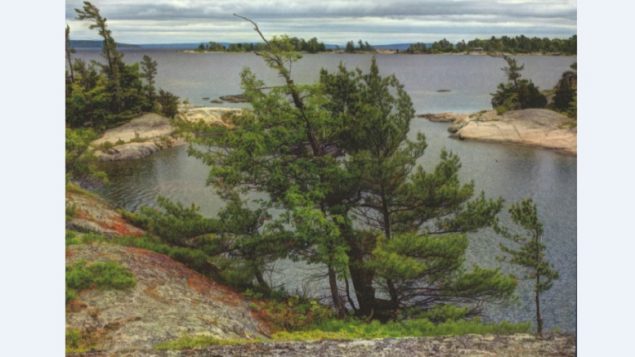 View from the spot where FH Varley painted “Squally Weather, Georgian Bay-1920- the painting shown on the front cover, photographed by the Waddingtons (back cover-Goose Lane Editions)

These are the works of the various artists who made up the famous Canadian “Group of Seven”.

By hiking, canoeing, and as the artists themselves sometimes did – camping in the wilderness, the Waddingtons have located a great many of those views that inspired the artists.

While many of the works were inspired by the vast regions of central and northern Ontario, others were much farther afield on both coasts and up into the Arctic. 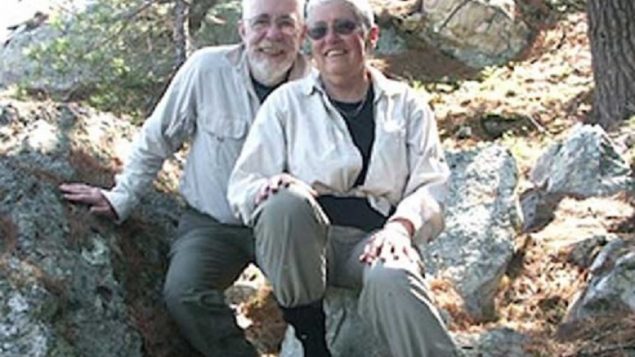 Jim and Sue Waddington, have spent decades travelling across Canada to find the exact spots where the artists of the Group of Seven sketched and created their works (supplied)

Guided by their research into the painters own travel writings, and those of others who knew tham, and aided by local residents own stories of the artists stays in their area, the couple have managed to locate many of thes difficult to find spots 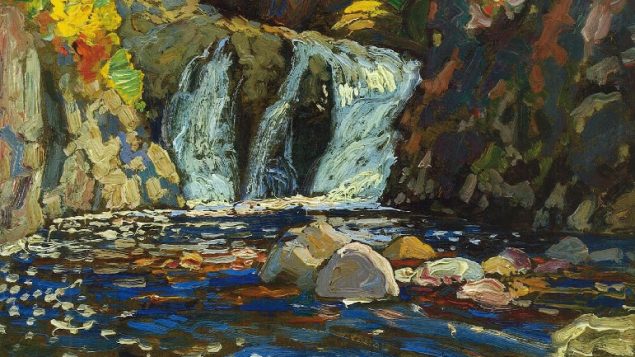 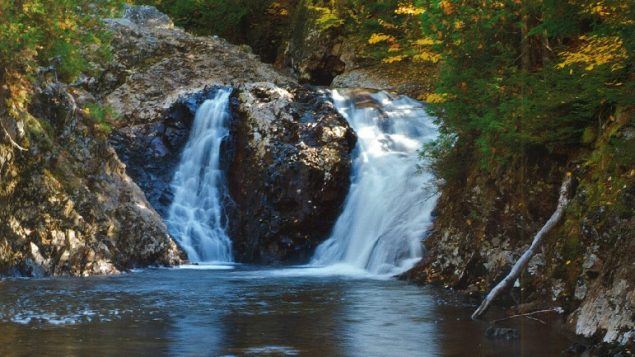 “The little falls” located in the Algoma region of northern Ontario, photo by Jeff McColl 2011.

The book features the paintings, and a photos of the actual scene taken as much as possible from the exact vantage point of the artist himself often more than a century earlier.

In capturing on film those places, one can also see how the artist then interpreted the scene before him.