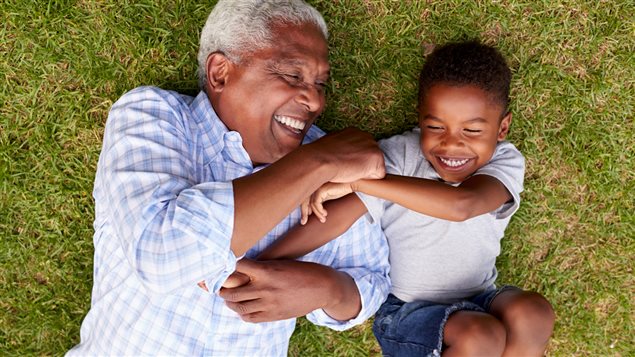 Growing old in Canada: news and reports from RCI

Seniors are a growing segment of the Canadian population. According to Statistics Canada, there could be 40,000 people over the age of 100 by 2051! What are the challenges of growing old in Canada? Read Radio Canada International reports on issues related to ageing.

Although most won’t know it, October 1 is “National Seniors Day” in Canada. The day is to, “pay tribute to the seniors who have helped build our country and continue to make valuable contributions to Canadian communities, workplaces and society.”.However, the non-profit advocacy group, the Canadian Taxpayers Federatiion, says  governments are ill-prepared to deal with Canada’s ageing population… more

Aging in place is what most seniors want to do. But those who want to remain in homes where families were raised, might want to take a second look at what’s happening in some Toronto condominium buildings… more

Grandparents, older and healthier in Canada

Grandparents in Canada, are a growing segment of the population, and they’re living longer, and more importantly, healthier. These are some of the findings Professor Rachel Margolis reveals in her paper for the Vanier Institute for the Family… more

Research suggests that frail elderly patients prefer to maintain a quality of life rather than prolong it by use of sometimes invasive technologies. A new study originating from McMaster University in Ontario will look at ways to improve discussions about care between patients, families and health professionals. It aims to help seniors to get the care they want... more

A new study out of McGill University suggests that testing someone’s ability to identify smells could reveal the presence of Alzheimer’s disease long before symptoms appear. This is important because early detection of dementia could eventually allow for early treatment to delay the onset of symptoms like memory loss. There is no such treatment yet but researchers are working hard to find one.… more

Researchers are studying the feasibility and accuracy of having patients use their smartphones to track the progression of their Parkinson’s disease and the effect of medication they are taking to slow it down. Parkinson’s is a degenerative brain disease that causes symptoms like tremors, loss of muscle control, depression, and cognitive impairment... more

Study shows brisk walk may ease a form of dementia

Early detection of possible dementia: simply walking and talking at the same time

It’s a simple test, but it turns out that it’s also a fairly effective one. Patients with mild-cognitive disorder are being asked to walk a short distance while performing a very simple mental task such as naming various animals… more

Canada has a big bulge of population born after World War II and now around retirement age, and a new book suggests this will be a major problem for government if they are “bored, unhealthy, dissatisfied and broke”… more

Seniors’ homes must change to handle increasing rates of dementia

Every year, over 1,000 seniors in long-term residential care are victimized by aggressive fellow residents or harmed by neglect. Some abuse derives from the fact that more people in seniors’ residences have some form of cognitive impairment… more

Care of an aging parent is costing Canadians $33 billion a year and that number will grow, according to a new report by a major Canadian bank, CIBC. The sum is a calculation of direct out-of-pocket expenses and time off work... more

Canada’s population is rapidly greying and centenarians now represent the fastest growing age group in the country, according to Statistics Canada’s 2016 census figures released today. For the first time since Confederation, the percentage of seniors in the population (16.9 per cent) now exceeds the share of children (16.6 per cent), census figures revealed. Canada now has 5.9 million seniors 65 years of age and older, and 5.8 million children 14 years of age and younger… more

A new study suggests that as we age the microbes in our intestines change and cause inflammation leading to declining health. Further research could eventually provide therapies to change those microbes and stave off illnesses that are associated with aging... more

CBC reported on a self-made millionaire who alleges his two eldest children took nearly all of his savings. This has prompted discussions about the vulnerability of seniors. “This (case) was heartbreaking,” says Wanda Morris, a vice-president of CARP, a seniors’ advocacy group. “That somebody had worked so hard their whole life, saved so diligently, then finds themselves next door to destitute at the end of life, was really hard to hear about... more