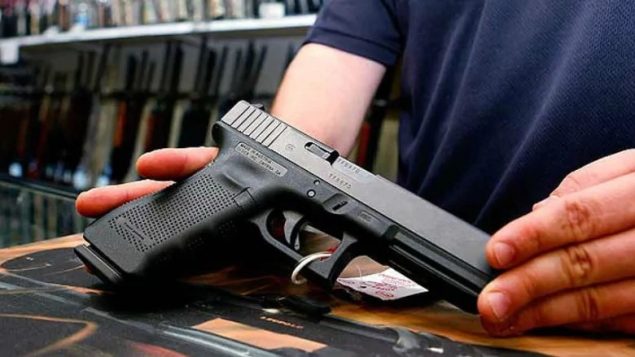 A handgun is displayed by a firearm retailer in this file image. (CBC)

A new Statistics Canada report says increased gun and gang violence is to blame for a spike in the national homicide rate last year, which was the highest in almost a decade.

The firearm-related homicide rate increased 18 per cent from 2016 to 0.72 per 100,000 population—the highest rate in a quarter of a century, the report said.

Handguns accounted for about 60 per cent of firearm homicides in 2017. Prior to 1990, rifles or shotguns were used far more frequently than handguns. However, a shift toward an increased use of handguns can be seen starting in the early 1990s, the report says.

However, it’s not clear whether the firearms, especially the handguns, used in these homicides were legally obtained or bought on the black market. 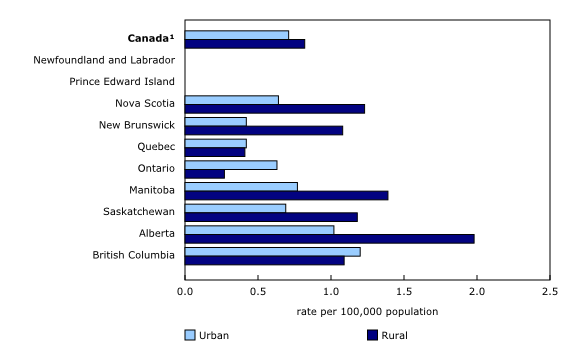 The report comes weeks after the federal Liberals and Conservatives rolled out competing plans for tackling the rise in gun and gang violence ahead of next year’s election.

Homicide is not the only violent criminal offence in Canada to increase since 2016. Rates for other serious violent offences, including attempted murder, sexual assault, robbery and aggravated assault, were also up in 2017, the report said.

Homicides continue to disproportionally affect Canadians living in rural areas and Indigenous communities, according to the report.

Aboriginal Canadians who made up about five per cent of the overall population in Canada in 2017, represented nearly a quarter of all homicide victims.