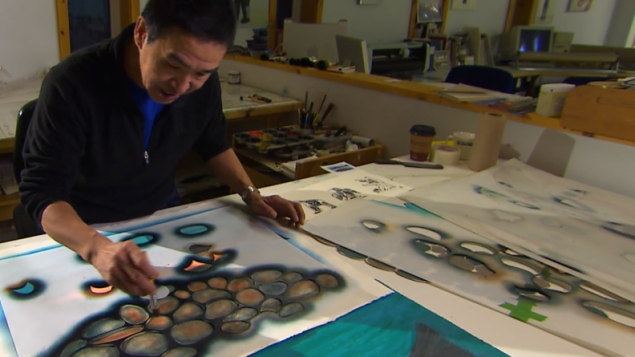 Artist Jolly Atagooyuk working in studio in Pangnirtung, a community in Canada’s eastern Arctic territory of Nunavut. (Eye on the Arctic)

Today, we bring you our conversation with Nunavut artist and printmaker Jolly Atagooyuk, filmed at Uqqurmiut Centre for Arts & Crafts in Pangnirtung, Nunavut in 2011.