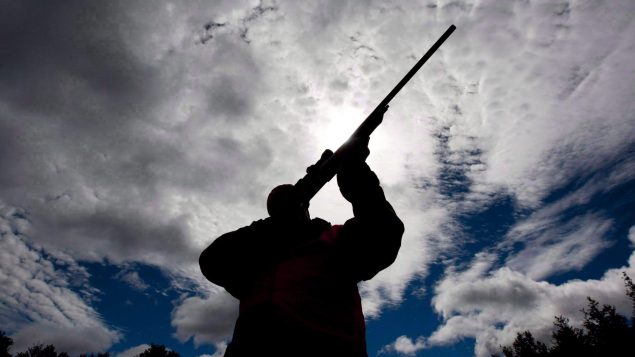 Long gun owners in Quebec have until Jan. 29, 2019 to register their non-restricted firearms but fewer than 20 per cent have done so as of Jan. 13. A rifle owner checks the sight of his rifle at a hunting camp property in rural Ontario, west of Ottawa, on Wednesday Sept. 15, 2010. (Sean Kilpatrick/ THE CANADIAN PRESS)

With the deadline for Quebec gun owners to register their firearms just over two weeks away, the vast majority of guns in the province remain unregistered, according to government statistics.

Quebec’s Public Security Ministry says that 311,451 of the province’s non-restricted firearms have been registered by Jan. 13.

That’s up from 308,589 before the weekend, and 294,125 before the holidays, but is still far less than the 1.6 million firearms that were registered in the province before the federal registry was abolished in 2012.

In addition, commercial enterprises such as gun shops and shooting ranges account for 58,343 of the total registered firearms so far, according to the Public Security Ministry statistics.

“Our goal is to the register as many firearms as possible and to get as many people as possible to register their firearms until the deadline of Jan. 29,” said Clément Robitaille, head of prevention and fight against criminality at the Quebec Ministry of Public Security, and the man responsible for managing the newly created provincial firearms registry. 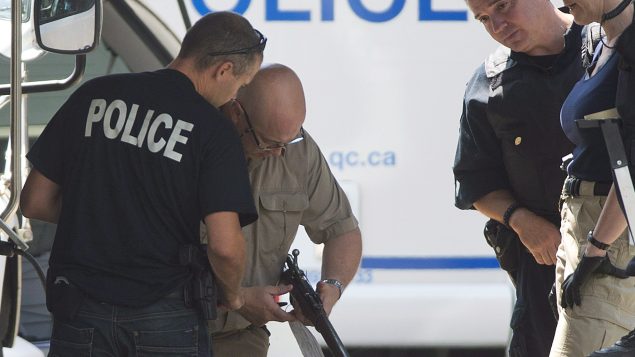 Montreal police officers look at a weapon seized from a house in Montreal, Wednesday, July 31, 2013, following a standoff with an armed man. (Graham Hughes/THE CANADIAN PRESS)

However, the registry is very unpopular with many gun owners in Quebec who accuse the government of penalizing law-abiding citizens that already undergo stringent background checks and have to complete a special safety course before they are issued a firearms licence.

The multimillion registry will do nothing to reduce crime because criminals will not register their guns anyway, its opponents argue.

“The registry creates a database that is very useful for police work,” Robitaille said. “It allows us to answer three very important questions: who has firearms? What kind of firearms? And where are they being stored?”

There are several situations where this information could be of great use for law enforcement, Robitaille said, including when the permit holder presents a danger to himself or others.

This kind of information at the fingertips of police officers could help prevent family dramas and make life safer for all Quebecers, Robitaille said. 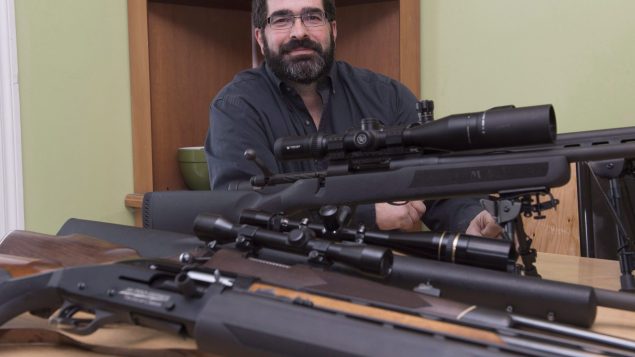 Guy Morin, vice-president of a Quebec group opposed to the provincial long-gun registry, is shown at his home, Thursday, February 25, 2016 in Quebec City. The group wants to out the registry as an outdated tool that is over-hyped and far too costly. (Jacques Boissinot/THE CANADIAN PRESS)

The National Firearm Association (NFA) is encouraging members to wait until the last minute to comply, as a form of protest. The NFA could not be reached for comment in time for this publication.

People who fail to register their firearms could face fines ranging from $500 to $5,000, Robitaille said. The fines will double for repeat offenders, he added.

Provincial peace officers – police officers, wildlife protection officers – will have the right and the responsibility to apply and enforce the law, Robitaille said.

“We would prefer that people don’t wait until the last moment to avoid having several people trying to register at the same time,” Robitaille said. “The process is simple, it’s fast and it’s free.”

The provincial registry was forecast to cost about $20 million to provincial taxpayers, Robitaille said.

Of this amount, about $4.1 million was slated for the development of the registry’s infrastructure with the rest going to cover the costs of operating the registry and the actual registration process.

By September of 2018, the government had spent about $7.2 million on the registry, Robitaille said.

The electronic infrastructure of the registry was created on time and on budget, and all that remains is to plug it into the police databases, he added.