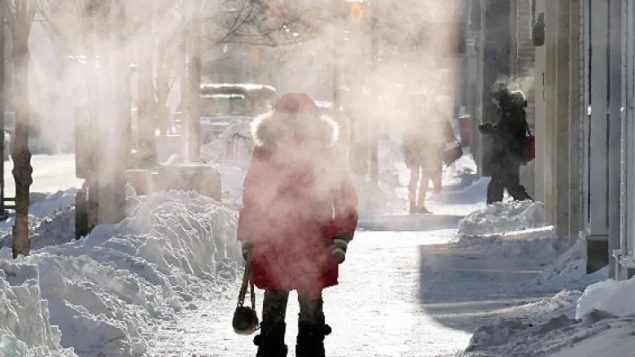 Canada is supposed to be cold in winter, but a wave of Arctic temperatures has gripped most of the country for the past couple of weeks with temperatures well below typical and with added wind chill cold, in some places to -50C (Trevor Brine-CBC

While some areas continue to be under a wave of Arctic cold, much of southern Canada is getting a brief respite as a wave of cold moves off temporarily.  Now, in the middle of winter, southern areas of  Ontario and Quebec will see temperatures going up to several degrees about zero Celsius for the next couple of days.

Kent Moore (PhD)  is Vice Principal of Research, and a climate scientist at the University of Toronto, Mississauga,

Temperatures last week across central and eastern parts of Canada and deep into the U.S. were exceptionally cold.  Winnipeg, Manitoba, reached -36 Celsius.   Lynn Lake in the northern part of the province is at -38 this morning. The normal temperature for this time of the year would be around  -17 C. 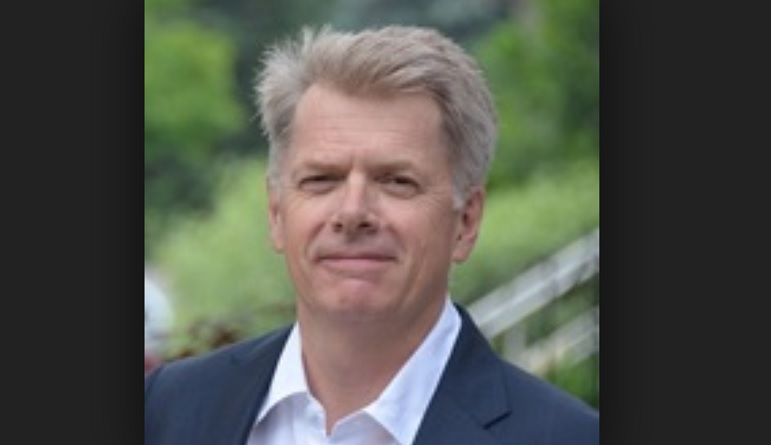 Much of three prairie provinces Manitoba, Saskatchewan, and Alberta, along with parts of British Columbia are still under extreme cold warnings as wind chill factors are rated as low as -45 to -50. 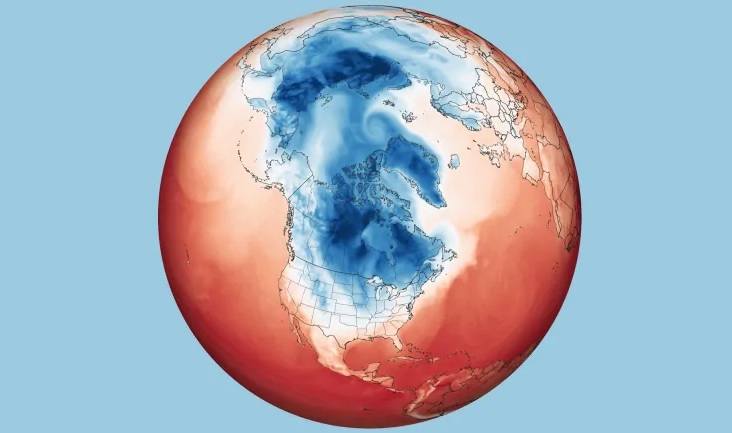 The map above shows the extent of the jet stream loop and Arctic air trough, across much of Canada and extending into some U.S states: specifically showing air temperatures at two metres at 4 a.m. ET on Jan. 29, 2019, as represented by the Goddard Earth Observing System Model.  (NASA Earth Observatory)

It’s all because of a change in the Arctic jet stream which usually circulates around far northern regions of the planet but in recent years has begun to slow and form large meandering loops extending much farther south in winter.  It is theorised that while this is not uncommon, the extent of the troughs and their slow movement could be as a result of a warming planet which is affecting the jet stream. The large jet stream loops have also meant that the Arctic region has experienced spells of unusual warmth at times. 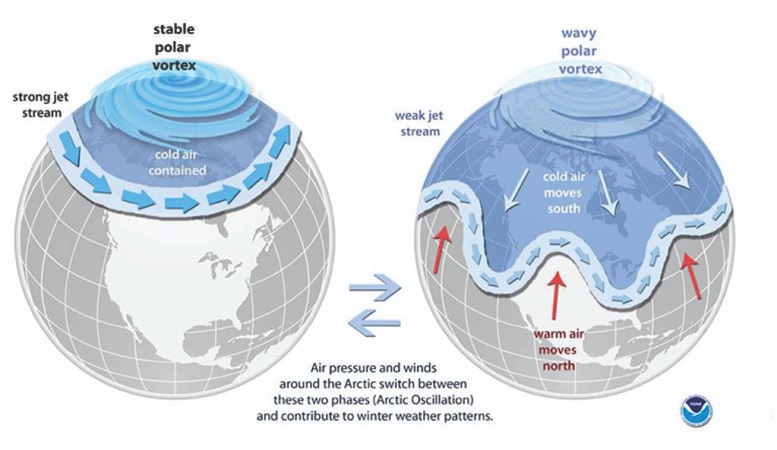 A stable and fast moving Arctic vortex shows the jet stream fairly stable across the far north, A slower and unstable vortex leads to large meandering loops or troughs dipping far to the south. (NOAA weather)

Across the most southern areas of Canada, in Ontario and Quebec, the Arctic weather which has been hanging around for many days, is moving off to be replaced by temperatures well above freezing for the next couple of days, before heading back down below zero. In fact Toronto just broke a heat record for this day, reaching 12 degrees C. 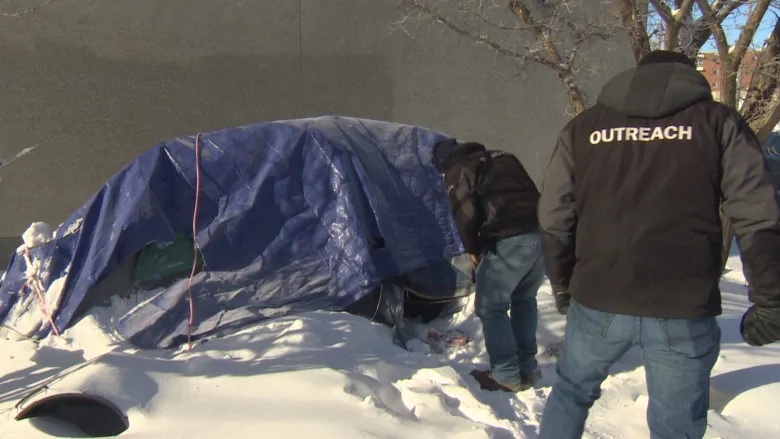 The extreme cold temperatures are of special concern as volunteers seek to find and direct the homeless into institutional shelters or provide suitable warm clothing. (Trevor Brine-CBC)

Professor Moore says that these wide temperature variations, especially in winter,  are likely something that will become the “new normal” for Canada.