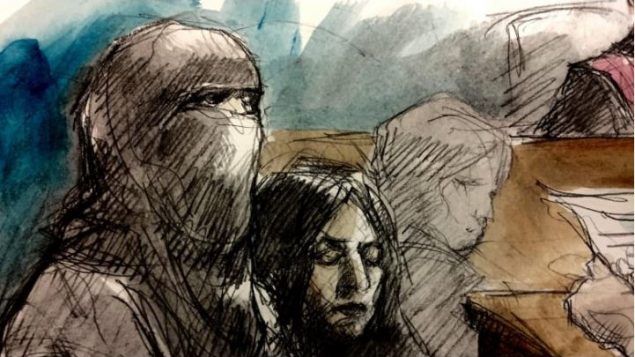 Rehab Dughmosh was found guilty last month of terrorism-related charges in connection with an attack at a Canadian Tire store in Toronto. (Pam Davies/CBC)

A woman found guilty of terror charges for attacking workers at a Toronto-area Canadian Tire store has been sentenced to seven years in prison.

Rehab Dughmosh was found guilty last month of four terrorism-related charges for using a golf club and butcher’s knife in the attack while she was draped in an ISIS banner in June 2017.

An employee at the store was injured during the incident on June 3, but the injuries were not life-threatening.

Dughmosh walked to the paint section of the store with a golf club and began to swing it at employees and a customer, and also threatened them.

The store employees and customers were able to restrain the woman and contacted police. 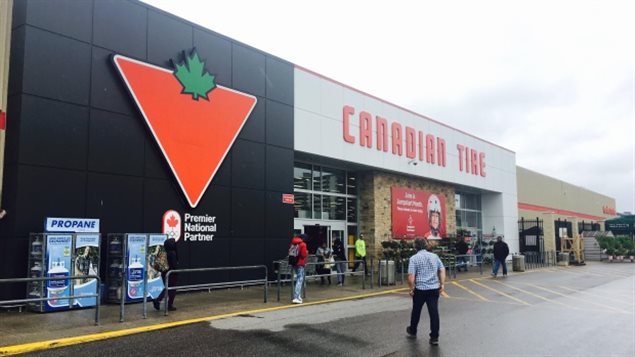 On the afternoon of June 3, 2017, Dughmosh walked to this Canadian Tire store at Cedarbrae Mall in Scarborough. (Craig Chivers/CBC)

Dughmosh then pulled out a large knife from under her clothing. She was restrained and, with the assistance of another store employee, the knife was pried out of her hand.

During a court hearing in June 2017, Dughmosh, 34, is reported to have swore allegiance to the leader of the so-called Islamic State in Iraq and Syria.

“I am pledged to the leader of the believers, Abu Bakr al-Baghdadi,” Dughmosh, is reported to have said in reference to the shadowy ISIS leader.

She had also previously tried to travel to Syria to join ISIS, and one of the 14 charges stemmed from that incident.

Ontario Superior Court Justice Maureen Forestell acknowledged that Dughmosh’s mental illness made her vulnerable to extremist beliefs and played a significant role in the attack and her attempts to join ISIS militants in Syria.

Dughmosh is not represented by a lawyer, but the person appointed by the court to assist her said she has shown significant improvement over time and no longer experiences suicidal or homicidal ideation.