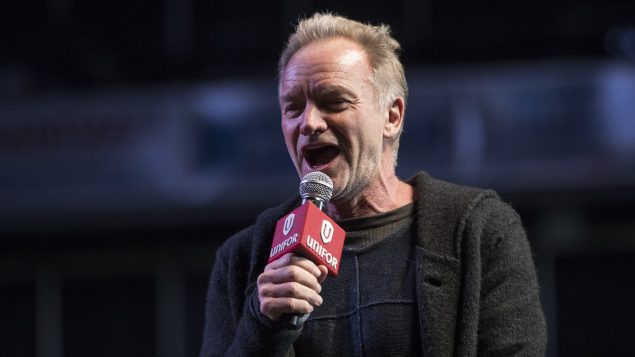 Sting and the cast of his musical "The Last Ship" perform in support of General Motors workers in Oshawa, Ont. on Thursday, February 14 , 2019. (Chris Young/THE CANADIAN PRESS)

Thousands of people filled Oshawa’s Tributes Communities Centre for a special acoustic performance by Sting and the Toronto cast of his musical The Last Ship, which is currently playing at Mirvish’s Princess of Wales Theatre.

Sting began the concert with a rendition of The Police classic “Message in a Bottle” as the crowd joined in.

The rock legend also performed a selection of songs from The Last Ship, which tells the story of a British shipbuilding town as it grapples with the collapse of the shipbuilding industry that sustained it.

The story is based on the rock star’s hometown Wallsend, England. Sting, 62, wrote The Last Ship‘s music and lyrics based on his own experiences growing up in Wallsend. The former Police frontman stars in the production as a protest leader fighting to hold the community together by building one last ship. 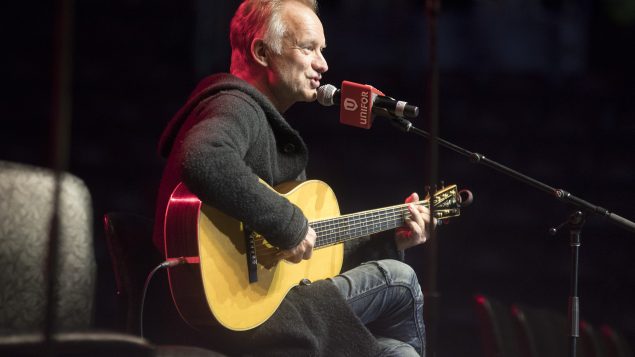 Sting performs the song “Message in a Bottle,” before being joined by the cast of his musical “The Last Ship” to perform in support of General Motors workers in Oshawa, Ont. on Thursday, February 14, 2019. (Chris Young/THE CANADIAN PRESS)

The story of the musical is eerily similar to the realities now faced by GM workers in Oshawa, who are fighting a plant closure expected the end of 2019.

“We felt it was important to show our support for you,” Sting told the crowd.

Speaking at a press conference after the show, Sting said it’s important that the auto workers’ story is heard.

“This story is hugely important. This can’t be buried under the political carpet,” Sting said. “The world needs to know, Canada needs to get behind you. It’s important.”