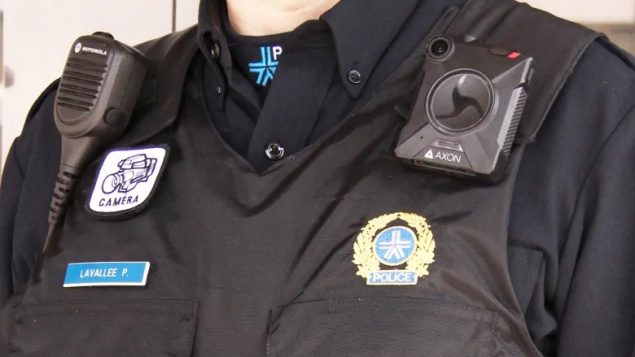 According to a report by the Montreal police department, 78 officers wore body cameras for a year, and 89 per cent of them felt they were being monitored. (Submitted by Montreal police)

As Montreal nixes police body cameras, not everyone is happy

It’s been almost five years since the killing of Michael Brown in Ferguson, Missouri brought world-wide attention to what everybody said was the need for police officers to wear body cameras.

And for for a while, it appeared that was the direction police in most North American cities were headed.

But momentum has slowed .

A lot of cities are now having second thoughts as some studies show that maintaining the cameras costs too much money for cameras that are not particularly effective. 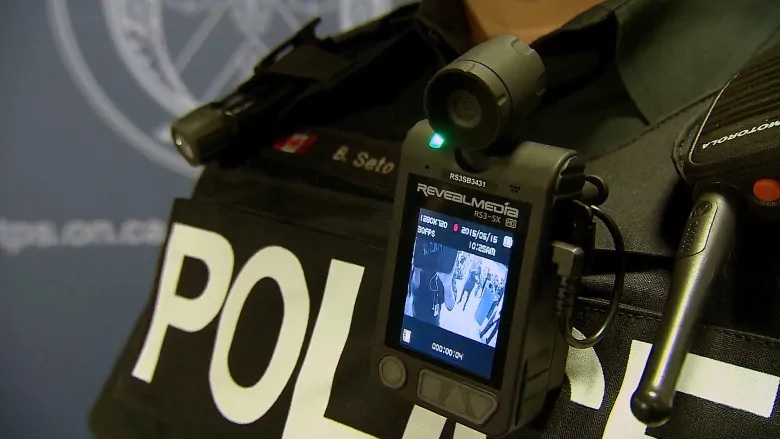 Police forces across Canada are taking different approaches on the use of body cameras. Earlier this month, Montreal dropped the idea. (CBC)

For example, an 18-month study of the Washington D.C. police force published in 2017 found that the cameras had “no detectable effect” on the use of force by officers or the volume of civilian complaints.

In January, the Washington Post reported in January that about half of the 18,000 law enforcement agencies in the U.S. were using body cameras.

Which brings us to Canada, where according to an in-depth report by the Huffington Post, adopting body cameras is proceeding at it what it called “a snail’s pace.”

Cities across Canada–including Toronto and Vancouver–are experimenting with the technology and Canada’s national police force,in 2016, the RCMP decided against adopting it.

Calgary and Victoria are using cameras, as are some smaller towns such as Amherstburg, ON and Kentville, N.S.

Earlier this month, following a report by its police force. Montreal decided it would not be joining them. 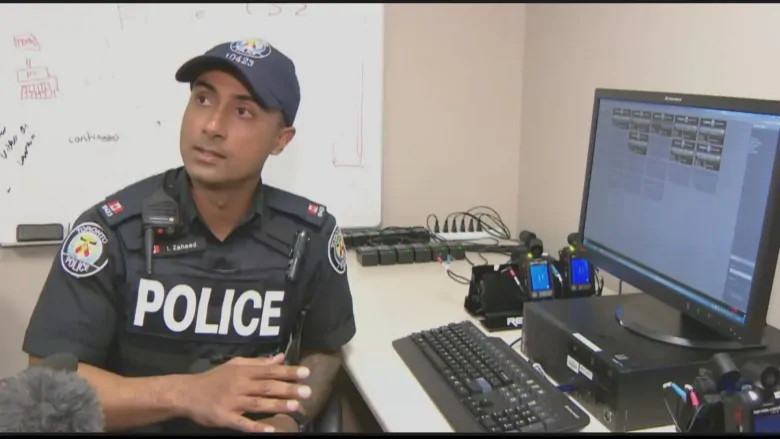 Police officers involved in the Toronto pilot project reported spending as much as two hours dealing with video at the end of each day while the cost body-worn cameras for Toronto police officers is estimated at $51 million over a five-year span. (CBC)

The chairman of Montreal’s public security committee, Alexander Norris, said the cameras were too costly and ineffective.

Nor surprisingly, not everyone in Montreal agrees with the decision.

The Black Coalition of Quebec has launched a $4-million class action against the Montreal police force on behalf of what it says are people of colour profiled by police.

I spoke with the Black Coalition’s president, Dan Philip, on Monday.