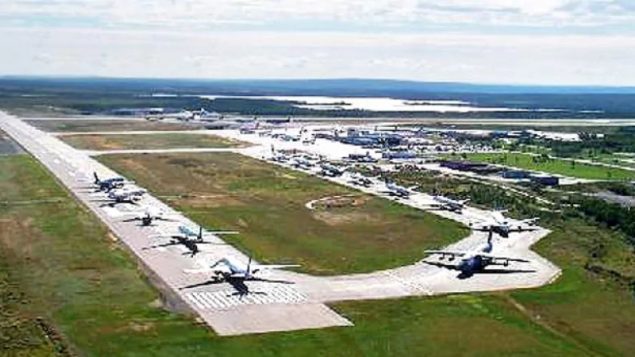 Some of what quickly became 38 planes that landed at Gander after Sept. 11. (Courtesy Gander Airport Authority)

“Come From Away”: out of the 9/11 tragedy a rousing musical tale of kindness

Award-winning “Come from away- the 9/11 musical” opens in London.

Come from away, is the common term given to visitors or non-native Newfoundlanders.

Affectionately known as “the Rock”, the island of Newfoundland in the Atlantic and North America’s closest point to Europe was a vital staging point for ships and planes headed to the war effort in Europe in WWII, and later a vital refueling stop for early transatlantic flights.

When the tragic attacks in New York of “9/11” took place, some 7,000 passengers ended up in the small Newfoundland town of Gander, almost instantly doubling the population. 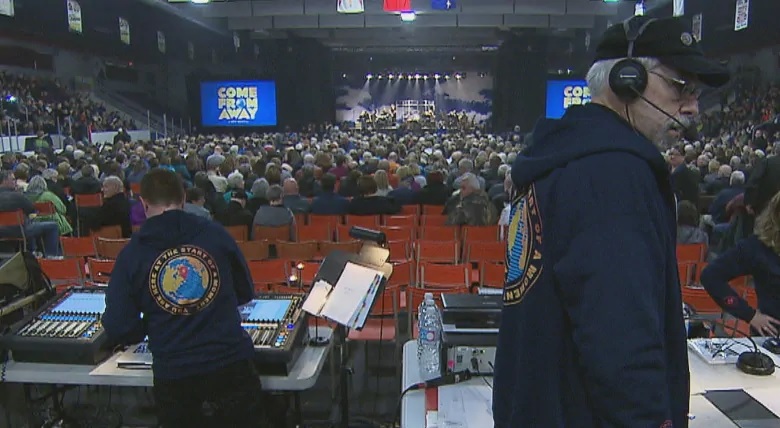 They were aboard some 38 international flights heading to the U.S. from Europe  when the U.S closed its airspace, fearful of more  hijacked planes.

With only 500 hotel rooms in the town, the good news for the frightened and confused passengers was the generousity, kindness, and overall warm reception the town and its people gave to all these strangers who were welcomed with open arms by the residents. Schools, a community centre and even  homes were offered for those few hectic days for the people from dozens of different countries, cultures, and languages who suddenly found themselves in a strange place most had never heard of. In those few short days, there were many lifelong friendships that resulted.

Two Canadians, inspired by the many stories of kindness and gratitude, wrote a musical about the historical event and the great generousity born in the face of horrific tragedy.

Quoted in Playbill from an earlier statement, co-creators Irene Sankoff and David Hein said, “The humor, the music, and the infectious generosity of spirit of the people of Newfoundland inspired us to write this musical, however, along the journey we discovered that this isn’t just a Canadian story—it’s a universal story of how, when faced with global atrocities, the world comes together to respond with kindness and cooperation. We are particularly thrilled to be sharing this story with audiences in the U.K. and Ireland.”

After performances in smaller centres, the musical became a hit on Broadway where it is now entering its third year, and now makes its debut on the world’s other theatre centre, London England.

It should be noted that cities across Canada, especially along the coasts, were also host to many planes and passengers suddenly diverted away from the U.S.