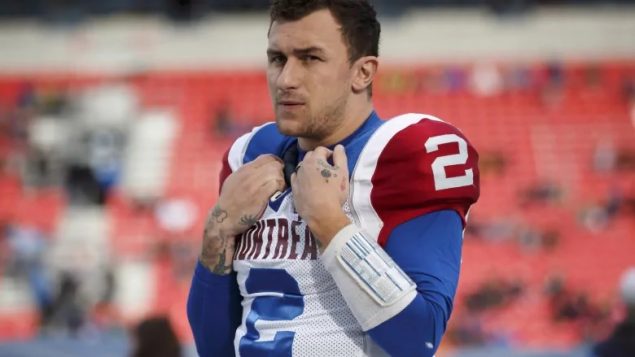 Johnny Manziel's football career could be over after his release from the Montreal Alouettes on Wednesday. (Cole Burston/Canadian Press)

It’s back to square one for Johnny Manziel, an athlete who once had it all

North American sports literature has its share of stories about failed football heroes.

Problem is, when failure happens live in real time, it isn’t particularly pretty. 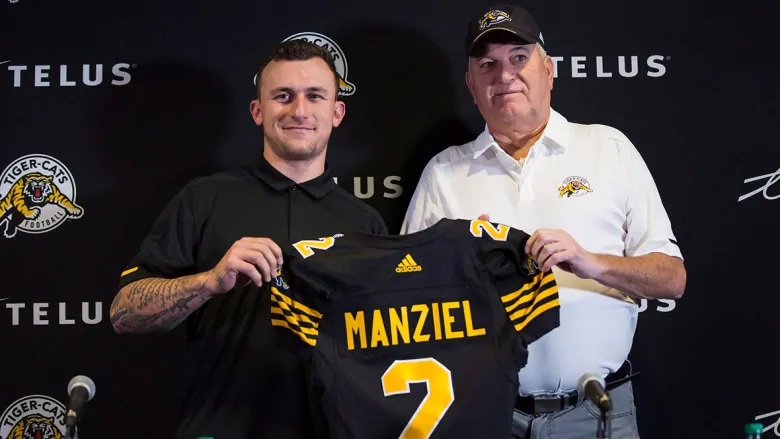 It was supposed to be the start of a whole new life for former Heisman Trophy winner Johnny Manziel, left, holding his new No. 2 Hamilton Tiger-Cats jersey alongside head coach June Jones back in May. It didn’t work out that way. The CFL cut him loose this week. (Aaron Lynett/Canadian Press)

Kind of like the old paintings vs photographs contrast.

It’s hard to hide the clutter in a photo.

Which brings us to a moon-faced, wise-acre sort of guy named Johnny Manziel.

Manziel is one of those little guys you tend to really root for in sports, a real hot shot. 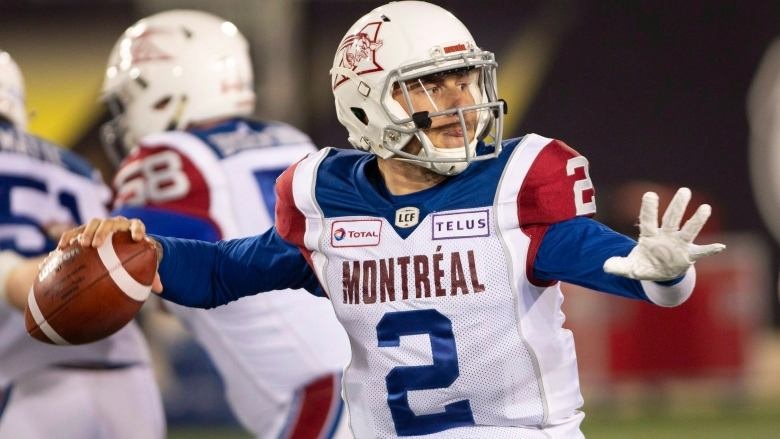 Did Johnny Manziel have the arm to play on the wider Canadian field. We’ll never know. (Peter Power/Canadian Press)

Off the field, he was charming and funny.

Manziel had it all once.

America–a football-mad country–was his for the taking, especially after he became the first player in U.S. college history to win the Heisman Trophy as a freshman.

“Johnny Football,” he was dubbed.

But that freshman year at Texas A&M was as good as it ever got for Manziel. 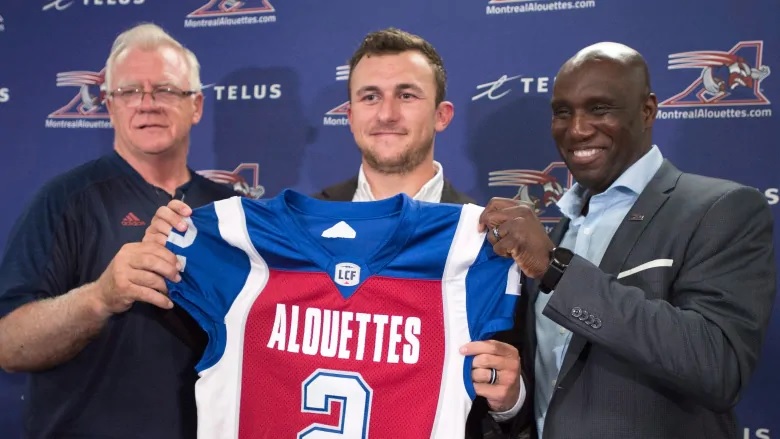 After Hamilton traded him, Manziel posed with Alouettes head coach Mike Sherman, left, and general manager Kavis Reed, right, after the team’s practice at Olympic Stadium in July. One wonders if Manziel will ever be part of a similar ceremony again. (Ryan Remiorz/Canadian Press)

That’s why the trip to Canada from his native Texas last summer was so important.

Signing with the Hamilton Tiger-Cats was supposed to be the start of a comeback, a shot a redemption, a chance to show people what he REALLY could do.

Handed the Montreal Alouettes starting quarterback’s job after being traded by Hamilton, Manziel served up only mediocrity, while showing flashes–but only flashes–of what he REALLY could do.

Still, he showed enough to be asked back for the upcoming season.

Then, this week–and nobody’s really sure why though rumours abound–the CFL told Manziel to get lost.

All anyone will say is that he broke an agreement he’d signed allowing him to come north to play. 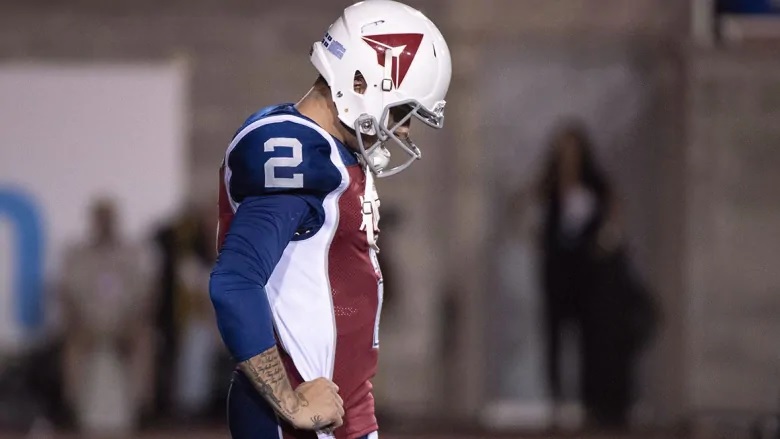 So much for the Canadian shot at redemption.

Where he goes from here is anyone’s guess.

There are a couple of new leagues starting in the U.S.

Maybe he gets a shot there.

So far, Manziel’s managed to make a hash of his life.

Maybe next time, he gets it right.

It sure hasn’t been pretty.

Stu Cowan is a sports columnist for the Montreal Gazette.

This week he delivered his take on the matter.

He joined me by phone on Friday.