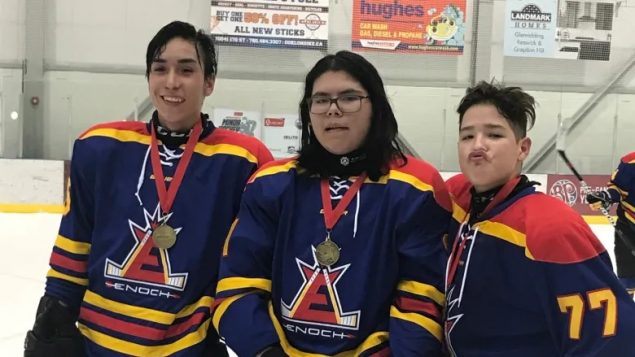 Gabriel Blais (left), Phoenix Morin (centre) and Chance Ward (right) celebrate after the Enoch Cree 440 Juniors win gold in the midget division at the January 2018 Edmonton Minor Hockey Week. The trio as well as other Cree in Canada will have a chance this weekend to hear an NHL game broadcast in their native tongue for the first time ever. (Jolene Morin)

Plenty of First Nations people have played in the National Hockey League and more are coming but to the best of anyone’s knowledge no NHL game has ever been broadcast in an Indigenous language.

That will change Sunday night when the Montreal Canadiens visit the Carolina Hurricanes.

The game will be called in the Plains Cree language and telecast on Sportsnet and the Aboriginal Peoples Television Network (APTN). 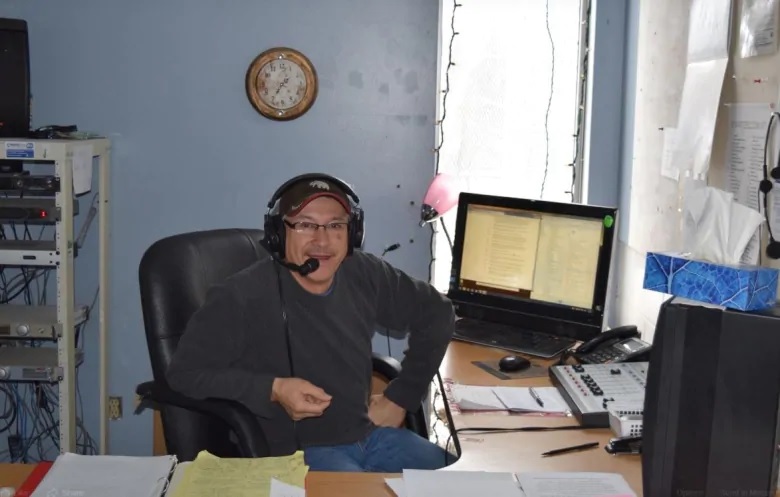 Clarence Iron hosts in his Plains Cree language on the Pinehouse, Sask., radio station CFNK 89.9 FM. He’ll be calling play-by-play on the APTN broadcast of the NHL game Sunday evening. It will mark the first time ever an NHL game has been broadcast in an Indigenous language. (Clarence Iron/ Facebook)

“It’s a big deal for many, including myself,” play-by-play announcer Clarence Iron told CBC Edmonton’s Radio Active this week.

Currently, NHL games, depending on the audience, are telecast in English, French and Punjabi.

“It could open doors for future generations to one day carry the Cree language in NHL hockey,” Iron says.

The broadcast is taking place in conjunction with the Rogers Hometown Hockey festival, which visits the Enoch Cree Nation in Alberta this weekend.

Joining Iron in the broadcast booth for commentary and analysis is John Chabot.

Earl Wood will serve as studio host. and Jason Chamakese as a panelist.

“We want to see use this as an opening to something further and having it every week,” Chabot told CBC. 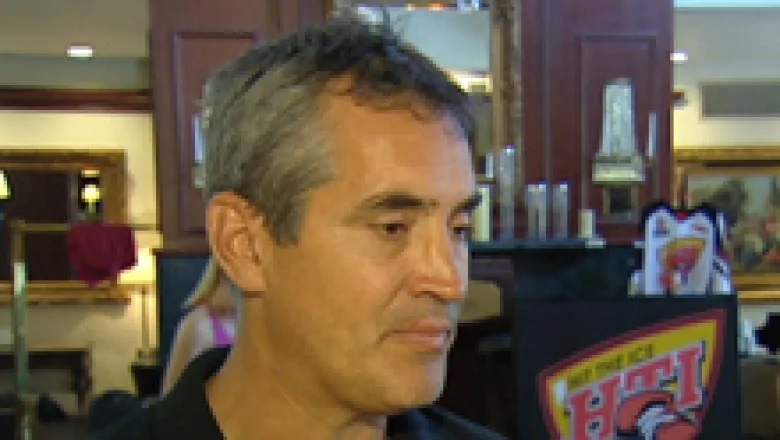 Longtime NHL player and coach John Chabot, an Anishinabeg Algonquin, will be doing the colour during Sunday’s game. (CBC)

“I feel like it’s going to be a wonderful catalyst for a young people,” says Wood, “to ignite, and invigorate and to enhance the beauty of the language, which helps us identify our authentic selves as Indigenous people and the world view that comes from.”

Iron has high hopes the broadcast is more than a one-shot deal.

“Right now it is kind of a showcase and maybe if things work well, they could consider having Hockey Night in Canada in Cree every Saturday night.

With files from CBC, Global, APTN