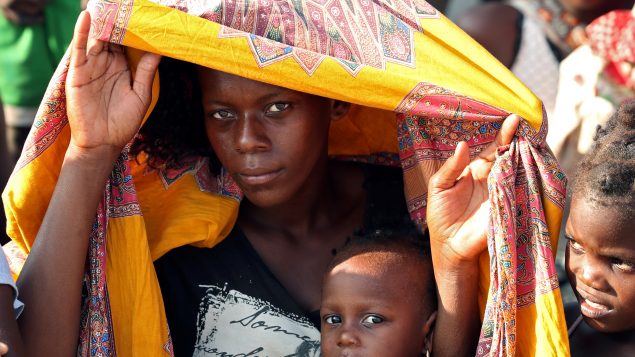 A mother and her child seek shelter from the sun in a camp for people displaced in the aftermath of Cyclone Idai in Beira, Mozambique, March 28, 2019. (Mike Hutchings/REUTERS)

Canada to match donations to Cyclone Idai relief for up $2M

The federal government is urging Canadians to open up their wallets and contribute to the humanitarian relief efforts in three southern African countries hit by Tropical Cyclone Idai last month.

Large parts of Mozambique, Malawi and Zimbabwe have been devastated by what may be the worst ever disaster to strike the southern hemisphere, according to the UN.

The cyclone has killed at least 700 people, with hundreds more missing. It also flooded vast regions and destroyed critical infrastructure. An estimated 2.6 million people have been affected and the need for food, water, sanitation and shelter is urgent.

More than 1,000 cases of cholera, diarrhea and malaria have been reported already.

Ottawa pledges to match donations made by individual Canadians to Canada’s Humanitarian Coalition and its members between March 15 and April 14, 2019, up to a maximum total of $2 million, International Development Minister Maryam Monsef announced Monday.

Monsef also announced an additional contribution of $4.5 million, focussing on health and food security, to other humanitarian agencies working on the ground, bringing Canada’s total contribution so far to $10. 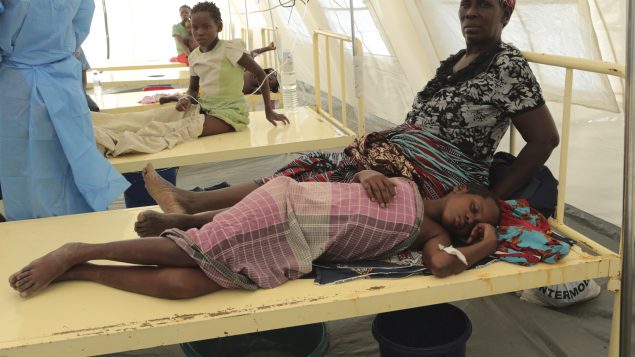 A mother sits next to her daughter after she was diagnosed with cholera at a treatment center in Beira, Mozambique on Saturday, March, 30, 2019. Mozambican authorities say the number of cholera cases among cyclone survivors has risen to over 200, nearly doubling from the previous day. (Tsvangirayi Mukwazhi/AP Photo)

The United Nations says it needs at least $282 million to respond to the humanitarian crisis in Mozambique, the hardest hit of all three countries.

“I encourage Canadians to donate to the Cyclone Idai Matching Fund to help save lives and meet the immediate needs of affected populations,” Monsef said.

Canada continues to monitor the situation and remains in close contact with all of its partners to determine the best way to respond to this crisis, she added.

“Canada’s leadership could not come at a more critical time, as the number of people affected by Cyclone Idai increases with each passing day,” said Bill Chambers, president and CEO of Save the Children. “Our agencies are working around the clock to deliver food, shelter, protection and medical care to those in desperate need, but we have to reach more people.”